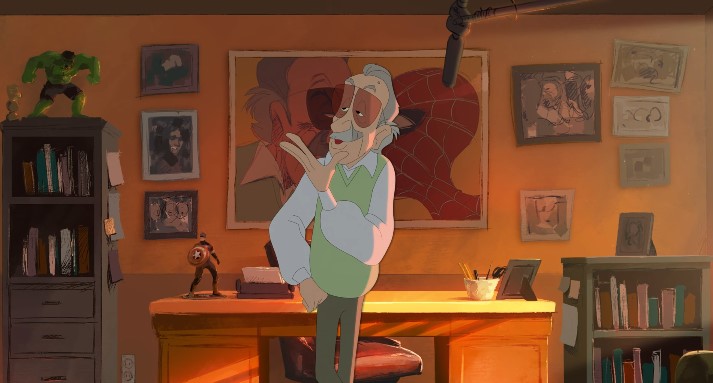 Marvel legend Stan Lee may be gone, but he manages to live on with the characters that he’s created and endless love that fans have for him online. Just in, director/animator Aron Fromm has shared this recent animation of a recording of Lee praising the F-word.

In this short called Sessions with Stan, we watch a Disney-esque animation of Lee just ranting about how great the F-word is when it comes to any other word in the English language. Lee explains:

“It seems to me that that so-called dirty word is probably the most useful word in the English language. Cause it can be a verb, it can be a noun; it can be anything… There’s no sentence where you couldn’t use it to great advantage.”

Though Lee’s general image before his death was mostly wholesome, you love to hear the stories that are not so kid-friendly from time to time. You have to remember that Lee is also a writer, and you don’t just go around creating some of the most unique and iconic superheroes by being a prude. Heck, Lee even co-created a pervy cartoon starring a crimefighting stripper called Stripperella starring Pamela Anderson.

Speaking of cartoons, you have to appreciate the animation that came with this short. Without the dialogue, you can probably convince someone that Disney animated this thing. Hopefully we have some more Sessions with Stan in the future.

In the meantime, Marvel Studios’ next property, WandaVision, comes out Jan. 15, 2021.