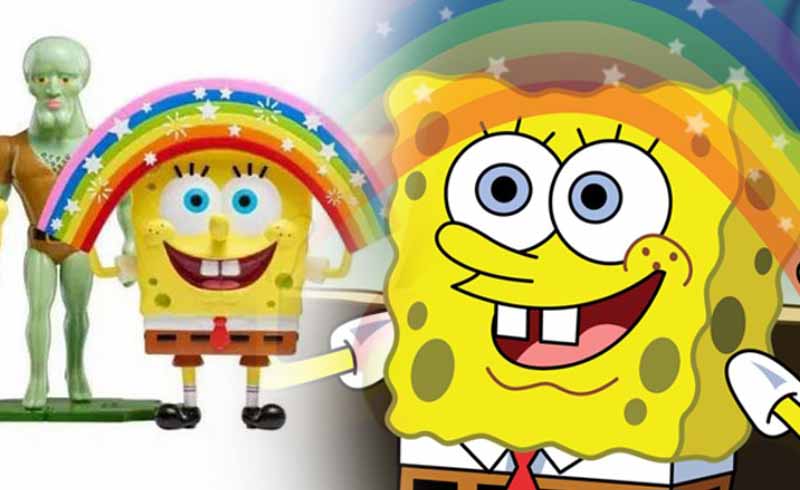 If you were a kid who grew up in the 90s and early 2000s, chances are episodes of Spongebob Squarepants have been melded into your subconscious, and you can still recall jokes and episodes to this day. When it comes to internet meme culture, Spongebob has always been a trusty source, and it looks like Nickelodeon wants to bank in on that market.

According to Kotaku, Nickelodeon is officially releasing figures based off of popular Spongebob memes. The first wave only includes six figures and each of them costs $22 on Amazon. From left to right we have Mocking Spongebob, Handsome Squidward, Imagination, Surprised Patrick, Handsome Squidward (eyes closed), and Primitive Spongebob.

While $22 bucks could be considered much for a toy that doesn’t really do anything, it’s been said that the target market for these figures is the adults who love the memes rather than the kids. While the line is admittedly limited, Nick is probably going to make more depending on how these figures sell. There are a couple of dozen great Spongebob memes out there, so whoever is making these toys has a lot of source material to choose from.

Personally, my favorite meme is the face that Spongebob makes when he realizes that Squidward loves Krabby Patties. What are the odds that’s going to be in the next wave?