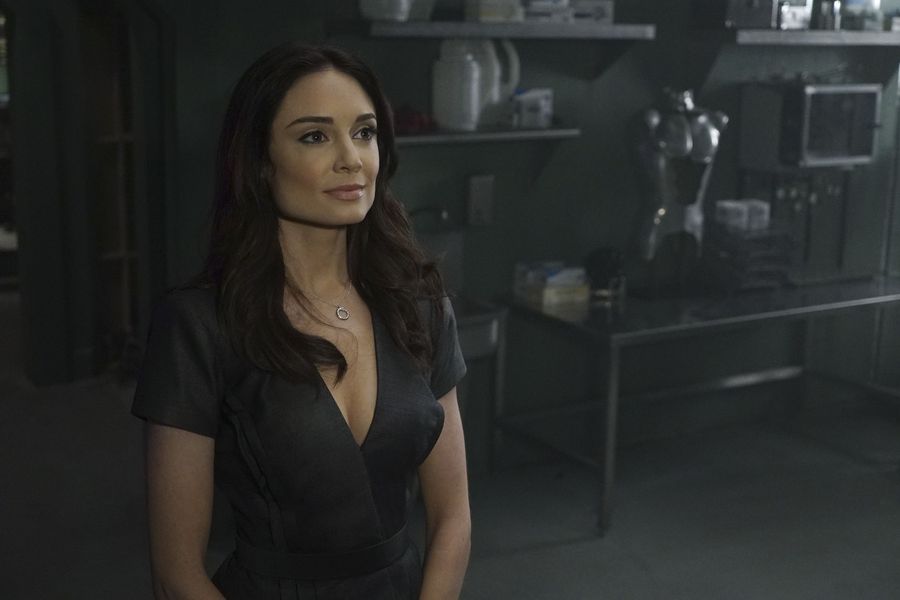 If you’re not up to date with Marvel’s Agents of SHIELD., a SPOILER is imminent. Especially since the news is about the return of a departed character, then you require a second SPOILER WARNING.

Now that we got that out of the way, let’s rave a bit about this week’s Agents of SHIELD. The episode, titled Self Control, was amazing! Elizabeth Henstridge (Jemma Simmons) has delivered her most powerful performance since 4,722 Hours in Season 3. Same goes for Ming-Na Wen (Melinda May), who was able to delve into a more emotional representation of her character.

The episode was written and directed by Jed Whedon, who took the “robots decide humans need to be exterminated” trope by the hands and led it into horror-thriller territory. As if not being able to trust anyone in your own team wasn’t enough trouble, the audience only being in on half of the truths adds more stress to the mix. AIDA learns there is new ways to preserve humans, by replacing them with robots and putting their minds into a framework-world where their lives have taken a turn for the better.

After all the LMD drama was cleared up and we had the remnant surviving members of our team in one place, Quake and Simmons decided to “hack” the VR prison. The way to go about this is to go in themselves and replace their VR avatars in this dream-space. The framework sets Coulson as a teacher, Mack reunited with his deceased daughter, Fitz seemed to have more success than he bargained for, and May, Daisy and her boyfriend seemed to still take orders (or give them?) from the Triskellion. Except it’s no longer a SHIELD base, and Daisy’s boyfriend is not Lincon.

This fourth season of Marvel’s flagship TV series was divided into three overarching story arcs or “pods”; “Ghost Rider”, “LMD”, and the recently announced “Agents of HYDRA”. Yes, HYDRA’s back and with it also comes the one-time face of HYDRA himself: Brett Dalton.

This is a very clever way to bring Agent Grant Ward back. Ward started out as a very competent agent, then was revealed as a HYDRA double-agent, then he took it upon himself to be HYDRA’s leader, and after death his body was inhabited by an off-world Inhuman dictator named Hive. After Hive’s demise and the knowledge of LMDs on the horizon it was speculated by fans that Dalton would return in the form of an android. Surprisingly, that wasn’t entirely far-fetched as he is now back in the form of a highly-advanced Sims character.

The only other mystery yet to be made clear is where Jemma Simmons landed in this VR? (Which seems to be a recurring cliffhanger for this show.)

Well, the show is taking a hiatus of six weeks so we’ll surely get some answers, and maybe some more questions, on April, 4, 2017. Episode 16, What If…, will begin the third pod: “Agents of HYDRA”.