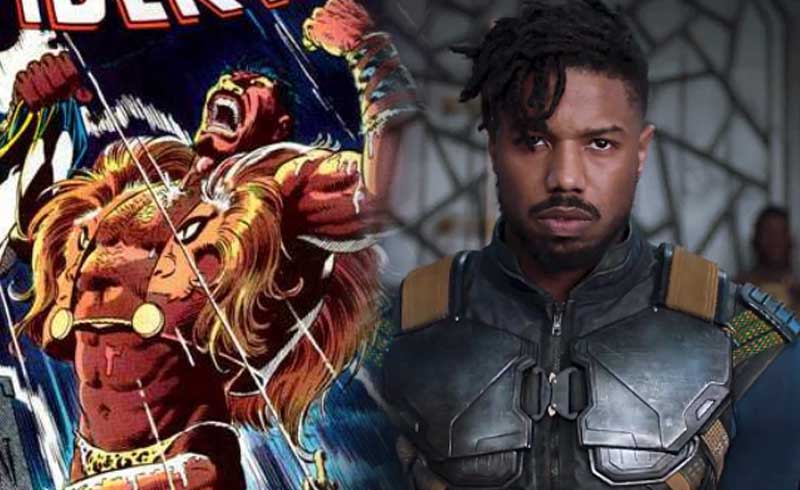 Internet artist BossLogic isn’t really someone who comes up with scoops, but he was one of the first to talk about Robert Pattinson being in line for Batman months before it was officially announced. Now it looks like BL has some information on how Marvel is planning to handle Spider-Man villain Kraven the Hunter.

Take this with a grain of salt.

so I have heard from a source that the idea of Kraven being from #wakanda from a tribe that no longer exists due to them being exiled by the royals is on the table. for the sake of this post I mocked @_mustafashakir_ with some wakanda tech 😀 pic.twitter.com/XmKWsoeEzX

Again, BL says this is just one of the ideas on the table, and it’s very likely that Marvel could come up with something else. You have to remember that Kraven is actually Russian, but I can see certain ways that they could twist it around to make the character work.

Personally, I think it’s kind of a cool idea that Kraven would be from Wakanda. His obsession with hunting is kind of old fashioned, and I think there’s a way to write it that would explain that Kraven does this because of his cultural background. Black Panther does show us that Wakanda is a place of tradition, so it would make sense that this Kraven would try to uphold it even if he was exiled. Plus, if you give him high-tech vibranium weapons, he could prove to be a formidable foe for Spider-Man.

Not to mention potential for a Black Panther team-up or even just a cameo.

For now, it doesn’t seem like Marvel has any solid plans for Spider-Man 3. Director Jon Watts did say he wanted to tackle Kraven as the next villain, and with that in mind, hopefully Sony will just give up on their Kraven spinoff and let Watts do what he wants to the character.

All we fans can really do is wait.