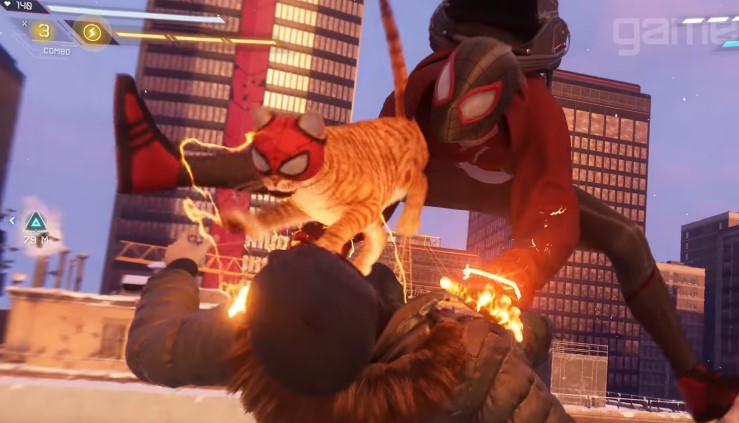 With November almost here, Insomniac Games is trying its best to get people hyped for the release of Spider-Man: Miles Morales. Seeing that the internet is devoted to cats, the devs have decided to reveal that there is a playable Spider-Cat in the game that fights alongside Miles.

This comes from Game Informer:

We don’t really know how Spider-Cat works in the game, but it looks like he’s going to be a special kind of skin that gives Miles new moves. While skins usually don’t change anything about the play-style, maybe the PS5 is going to allow that kind of variety. Then again, I’m just guessing based on what I see in the preview.

For now, everything looks and feels like the first Spider-Man game, what with Miles just swinging around and talking to himself. I guess the real difference would be when it comes to Miles abilities as he can turn invisible and he also has his ‘venom’ strike.

In the latest adventure in the Marvel’s Spider-Man universe, teenager Miles Morales is adjusting to his new home while following in the footsteps of his mentor, Peter Parker, as a new Spider-Man. But when a fierce power struggle threatens to destroy his new home, the aspiring hero realizes that with great power, there must also come great responsibility. To save all of Marvel’s New York, Miles must take up the mantle of Spider-Man and own it.

Spider-Man: Miles Morales comes out with the PS5 which launches on Nov. 12.