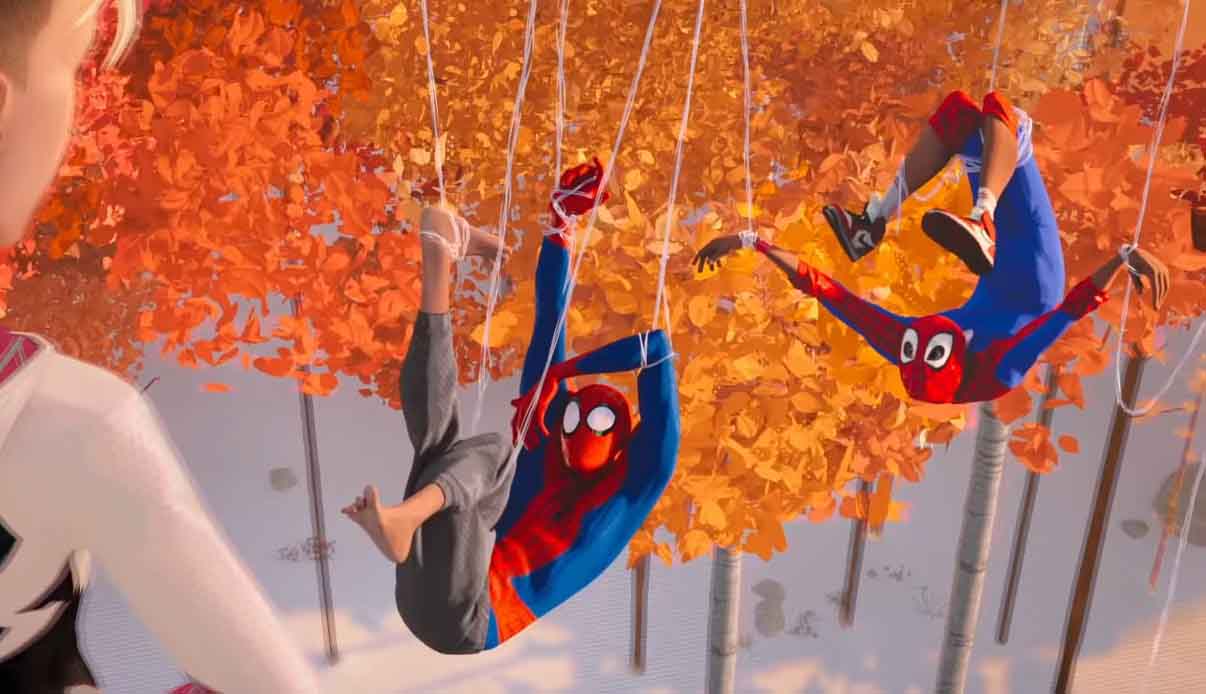 Ralph Breaks the Internet has just come out yet the movie is already being overshadowed online by reviews for Spider-Man: Into the Spider-Verse. Critics are calling the movie the best animated film of the year, and thanks to Fandango, we have a clip of young Miles Morales learning to web swing with Peter Parker.

It’s also worth noting that the scene starts with Peter and Miles supposedly stealing something from a lab, and my guess is that they’re in Oscorp because what other lab would there be in a Spider-Man film? This then leads to a chase which ends with the two spider-folk running into Spider-Gwen.

I have to say, the movie is going a very interesting direction with Peter Parker, because even though the character is funny, he does come off as kind of arrogant at times—which some fans have actually complained about with the trailers. No doubt the film is trying it’s best to milk humor from Jake Johnson’s performance, because he is pretty great in this kind of delivery.

Like I said, the critics are loving Into the Spider-Verse, and some are even going so far to say that it’s the best Spider-Man film ever made. That’s a pretty bold claim compared to some pretty solid entries in the franchise, but I guess we’ll just have to wait and see till December if the film really lives up to the hype.