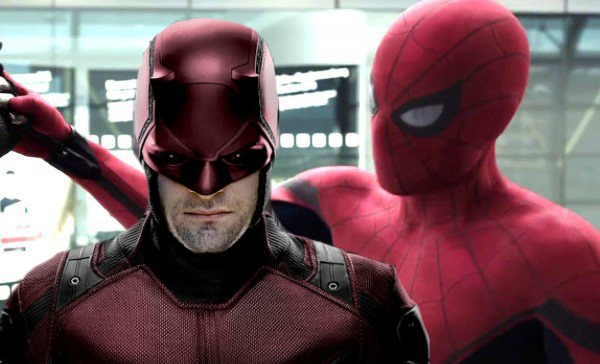 It is one of the big questions that Marvel fans are waiting for an answer to: will the Netflix TV shows crossover with the movies? Sadly, this doesn’t look to be the case, at least according to directors the Russo Brothers. For instance, Captain America: Civil War was a perfect time to have the soon-to-be Defenders team up with the Avengers, but they didn’t. Instead, Iron Man turned to a completely untested young superhero. So just why did he do that?

In an interview with IGN, Marvel mainstays Christopher Markus and Stephen McFeely were asked why Tony Stark recruits young Peter Parker onto Team Iron Man rather than, say, Daredevil. Here’s what Markus had to say in response:

“Tony doesn’t have a television so he doesn’t know about Daredevil… They’re so violent… Well, I think he has been keeping tabs on the world, and he knows about this one kid… I think in some ways there’s a motivation having been accused of killing a young kid earlier in the movie to, ‘Maybe I can rebuild karmically some of what I’ve lost by helping this kid along.’ And [Spider-Man’s] there and he’s available and Tony’s desperate.”

McFeely also added: “He probably sees some of himself in this kid. You meet this kid and he’s clearly a budding scientist but doesn’t have the resources Tony Stark does.”

That makes sense to us – Tony prefers the idea of helping out this promising young hero rather than trying to reason with some wacko in a devil costume.

You can watch the rest of the video below, though it does come with a minor spoiler warning – so steer clear away if you haven’t seen the film yet and want to go in without knowing anything.