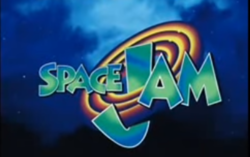 The 1996 genre buster feature, Space Jam, was never a critical success. The movie holds a paltry 38% on review aggregator website, Rotten Tomatoes. While the film received mixed to average reviews, there were critics who went so far as to call the movie terrible. Nevertheless, fans of both Looney Tunes and NBA legend, Michael Jordan, turned Space Jam into a cult favorite.

There’s been a lot of speculation on whether or not Space Jam would get a sequel over the years. Now, after two decades, we finally have an answer. Space Jam is getting a reboot.

In a recent interview with The Hollywood Reporter, LeBron James, the basketball player set to replace Jordan, confirmed that the project would soon be in development. In fact, Space Jam 2 not only has a director but the production has tapped Black Panther’s Ryan Coogler to produce the movie.

According to James, it was not a very hard decision to select Coogler for the role. After seeing Black Panther, he knew that Coogler had a vision that he wants to see in Space Jam 2:

“I loved his vision [for Black Panther]. So for Ryan to be able to bring that to kids, it’s amazing.”

In the same interview, the basketball player gushed about the original Space Jam. He explained that he so badly wanted to take on the project because it can have a very big impact for children. Similar to how the first movie influenced him greatly:

The development of Space Jam 2 has been long and arduous. For years, there have been murmurs of a sequel. In 2016, Space Jam’s original director Joe Pytka revealed that a script for Space Jam 2 was already being toyed around town. At one point, Spike Lee was being considered to direct the sequel. Nothing came out of these plans. However, both the script and the choice of director, would have made a very odd movie:

“Spike Lee is a friend of mine and he approached me to do a polish on the script. I thought that Spike would have added some stuff that would have been cooler, but Warner Bros. didn’t want to deal with him because of their issues with him when they did Malcolm X together. Remember, Spike got his friends to put money into finishing Malcolm X and the corporation hated the fact that he did that” explained Pytka.

Currently, a release date for Space Jam 2 has yet to be announced. However, according to reports, the movie would begin production in 2019. This would be around the time of the NBA off season – giving King James just enough time to make his dreams a reality.