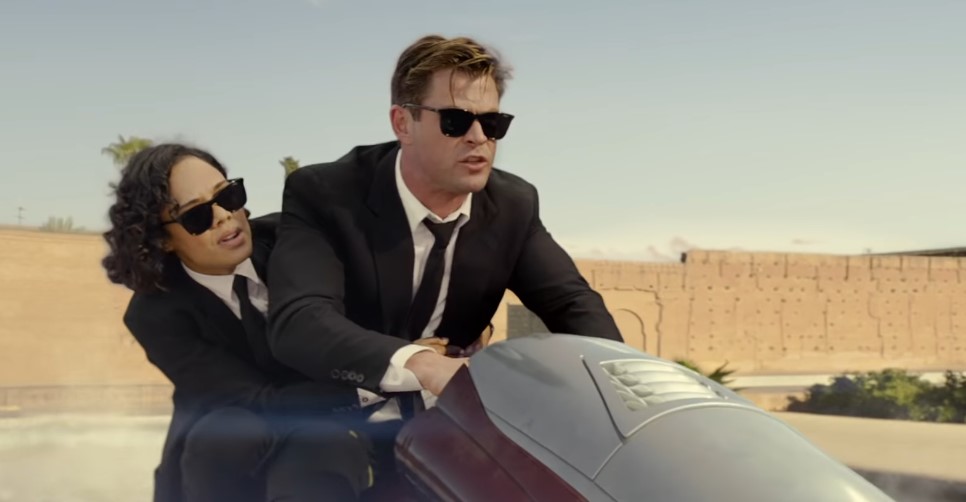 After Thor: Ragnarok and Avengers: Endgame, Tessa Thompson and Chris Hemsworth have teamed up once again for Men in Black: International. As if to ride on the Endgame wave, Sony has released two new trailers for MIB: I, and it gives us a good look at F. Gary Gray’s world of aliens and espionage.

Unlike the Spider-Man: Far from Home trailers which just had different intros, these two trailers for MIB: I each come with footage of their own, and are even set to different music. In any case, we still get the idea that Agent M is the one who found MIB on her own, and she’s partnered up with Agent H who works for the London branch of MIB.

This is just one gripe, but you’d think that they would have designed some of the aliens better. I liked how crude and cool the aliens in the first MIB films turned out, but I am not a fan of Kumail Nanjiani’s supposedly ‘cute’ alien character. I mean even the “worms” from the previous movies looked better than this.

The Men in Black have always protected the Earth from the scum of the universe. In this new adventure, they tackle their biggest, most global threat to date: a mole in the Men in Black organization.