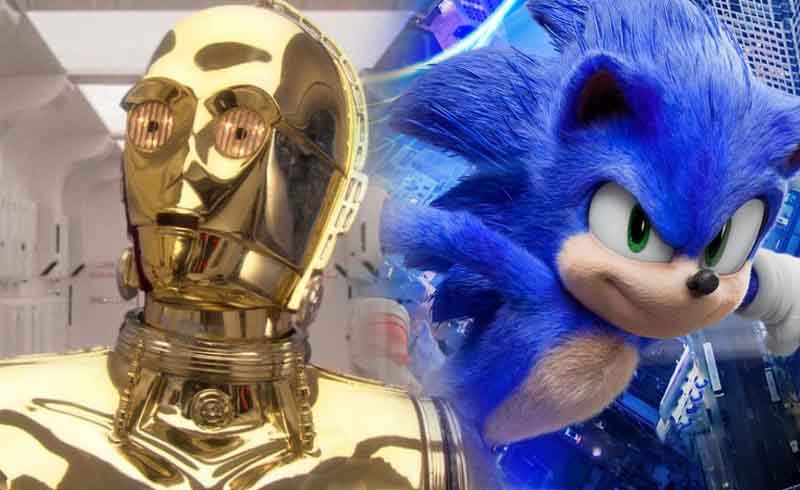 Ben Schwartz is set to voice Sonic in the upcoming Sonic the Hedgehog film, and not too many people know this, but he also provides the voice of BB-8 in Star Wars: The Force Awakens along with Bill Hader. What’s cool is, Schwartz was brought back to the set of The Rise of Skywalker, and he was responsible for writing most of C-3PO’s jokes.

Schwartz admits this on Jimmy Kimmel Live. The bit starts on 4:17:

One of the main praises about The Rise of Skywalker was the humor behind C-3PO, and it’s funny to think that Jean-Ralphio from Parks and Recreation was a major contributor. While Schwartz didn’t go into too much detail of which jokes he wrote, he did say that the bit where 3PO says, “Nobody called out my name, but I’m okay!” after everyone fell into the sand pit was his.

For now, Schwartz looks to be hard at work, doing live-action and voice over characters. Besides Sonic, he’s also set to appear in the comedy Space Force from The Office showrunner Greg Daniels. He also provided the voices for Dewey Duck in the DuckTales reboot and Leonardo in Rise of the Teenage Mutant Ninja Turtles. Sonic is probably his third “blue” character in his filmography.

Sonic tries to navigate the complexities of life on Earth with his newfound best friend — a human named Tom Wachowski. They must soon join forces to prevent the evil Dr. Robotnik from capturing Sonic and using his powers for world domination.