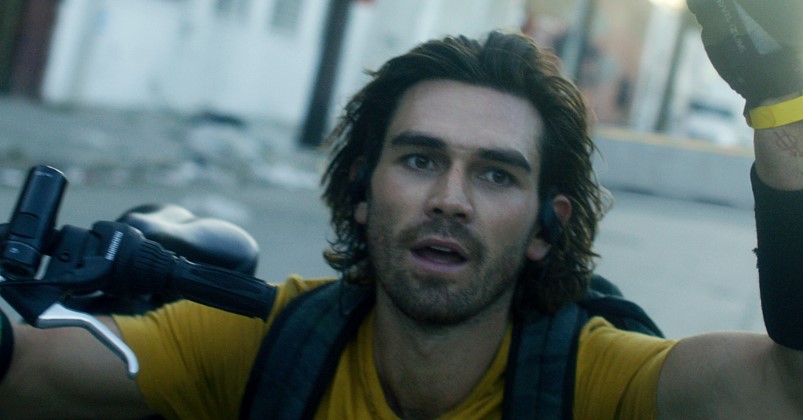 While the world is still trying to grasp the struggle with COVID-19, Michael Bay has gone ahead to produce a “what if” scenario where COVID is still here after four years and it has only mutated to become more deadly. The movie is called Songbird, and we just got our first look at the film’s star KJ Apa (Riverdale).

These come from Entertainment Weekly: 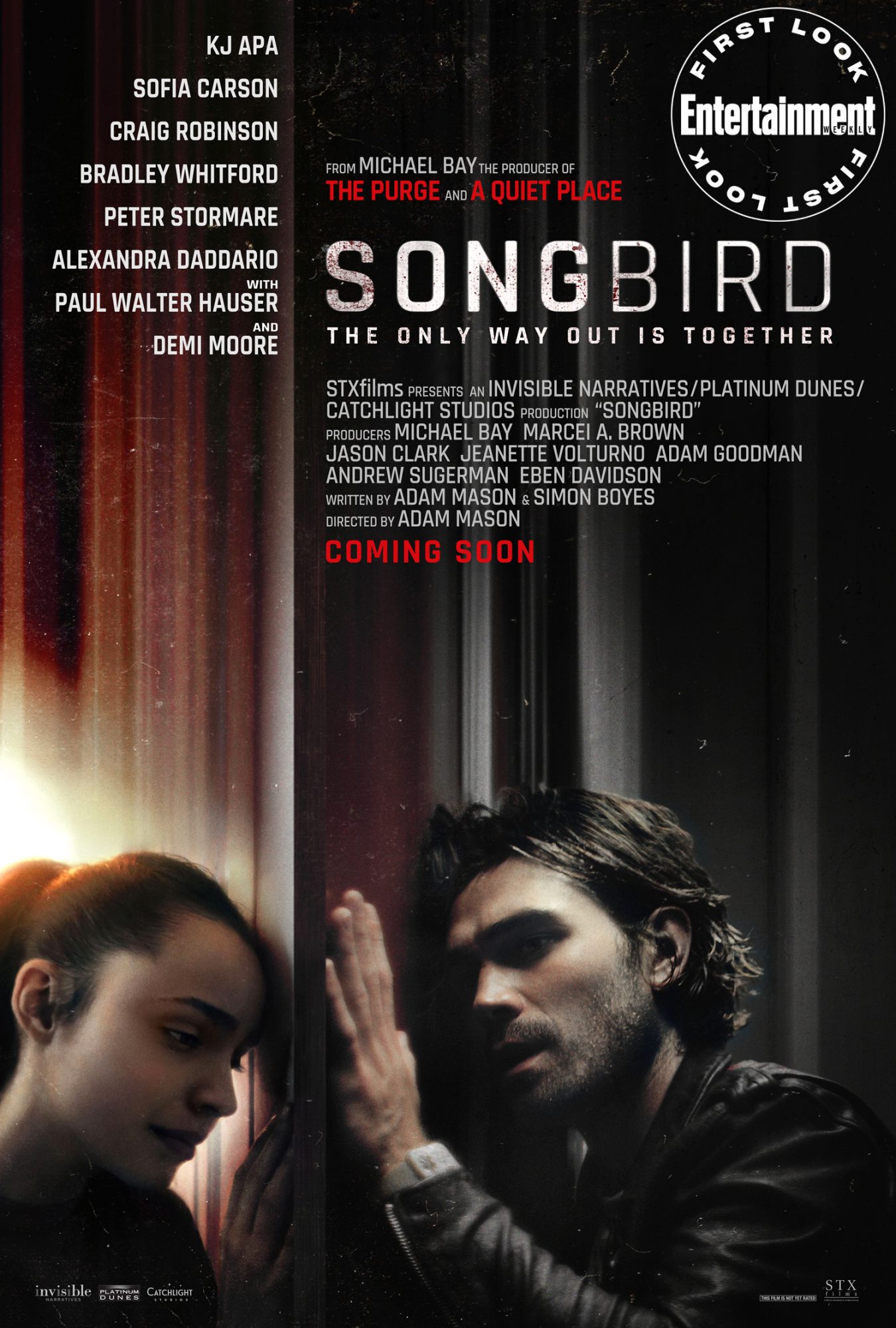 Songbird is set in 2024, where COVID-23 has mutated (the mortality rate is over 50 percent and the virus kills at an accelerated rate) to the point that the world is in its fourth year (!!) of lockdown, and infected Americans are forced from their homes and into quarantine camps.

When the film was first announced, a lot of people actually thought that it was ‘too soon’ to make a movie like this, but personally, I thought it just added to the horror element of the film—seeing as we’re all still living in the state of the pandemic. With a lot of other projects being halted, it would be interesting to watch a movie which is directly about the current state of the world.

Hopefully writer/director Adam Mason will be able to make a film that addresses the current issues with the pandemic and not just try to scare everyone with a shallow horror movie.

No release date has been set for Songbird.