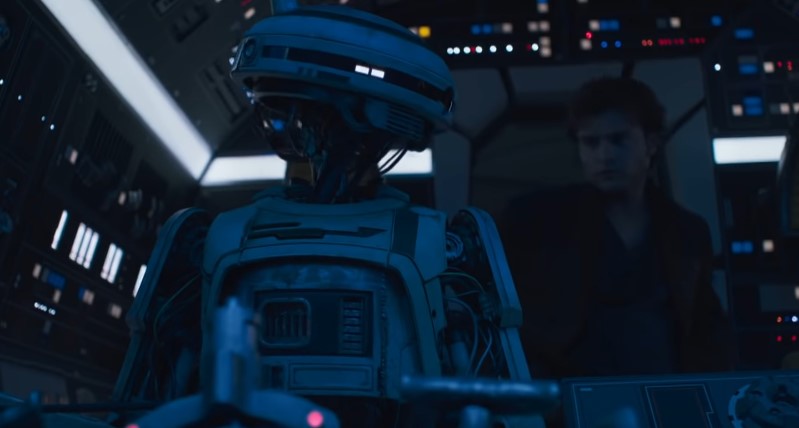 Though the marketing for Solo: A Star Wars Story is keeping us focused on characters like Han, Lando, Chewie, and Qi’Ra, there’s a new droid character coming to the big screen named L3-37. Phoebe Waller-Bridge is responsible for bringing L3 to life, and thanks to The Tonight Show Starring Jimmy Fallon, we get a look at her L3 suit before it was dolled up with CG.

What’s amazing about L3 is that she has a hybrid look of CG and practical effects. With Rogue One’s K-2SO being pure CG, Phoebe Waller-Bridge had to wear parts of the actual suit on the set. After that the vfx team replaced her body with wires and “guts” to make L3 look like a classic droid.

That’s not all. L3 is also pretty unique for a droidin the Star Wars universe. C3PO and R2 usually refer to Luke and Leia as their masters. L3, on the other hand, considers herself to be Lando’s equal, and she also has no qualms about being rude to people like Han Solo.

Check out this clip:

Hopefully Lucasfilm will keep it down a peg when it comes to releasing clips for the film. A lot of people are already excited for Solo.

The longer this goes, they might reveal some kind of major plot device.