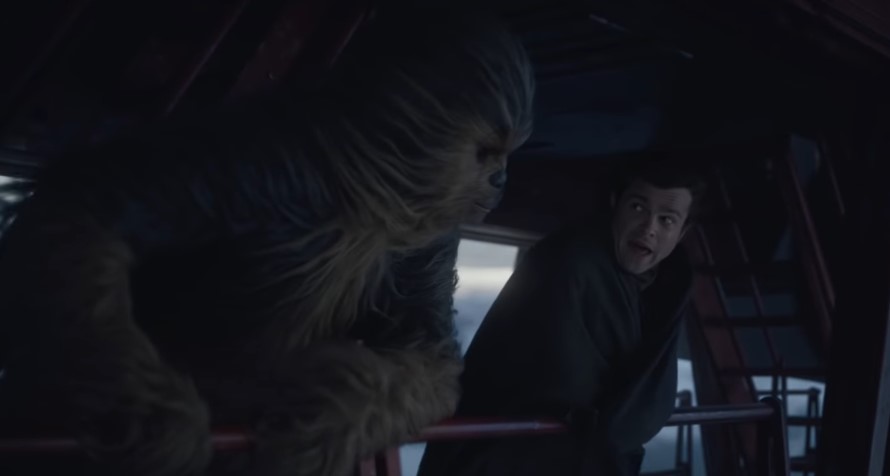 While there hasn’t been any official news on Solo 2, there is still a strong following of Solo: A Star Wars Story online. One particularly vocal member of the cast is Joonas Suotamo, and he talks a bit about a scene that was shot in the film, but was ultimately deleted.

The Solo scene in particular has Chewbacca introducing himself to Han. As it turns out, Chewie was supposed to do a spit take, but it didn’t make the cut. Suotamo posts:

What’s also fun is that the Solo script actually translates Chewie’s lines to English. Him mentioning that he’s the son of Attichitcik is actually a nod to Chewie’s family from the Star Wars Holiday Special.

Despite the faithful fan following, Solo: A Star Wars Story was considered to have underperformed in the box office, and it’s lack of success is what basically killed the Star Wars anthology films. For now, it looks like Lucasfilm is going to be focusing more on miniseries on Disney+. We’re expecting the release of The Mandalorian in November, but we have yet to get an official update on the Rogue One spinoff focused on Cassian Andor.

Some are hoping that Solo 2 will be adapted into a series instead, but here I am hoping that they stick to the theatrical release for this route. Star Wars has always been about spectacle, and I think these visuals are something to be enjoyed on the big screen rather than at home or on your phone.

Here’s the synopsis for Solo:

Young Han Solo finds adventure when he joins forces with a gang of galactic smugglers and a 190-year-old Wookie named Chewbacca. Indebted to the gangster Dryden Vos, the crew devises a daring plan to travel to the mining planet Kessel to steal a batch of valuable coaxium. In need of a fast ship, Solo meets Lando Calrissian, the suave owner of the perfect vessel for the dangerous mission — the Millennium Falcon.

Solo 2 has not been officially announced, but Suotamo’s Chewbacca returns in Star Wars: The Rise of Skywalker which hits theaters Dec. 20.