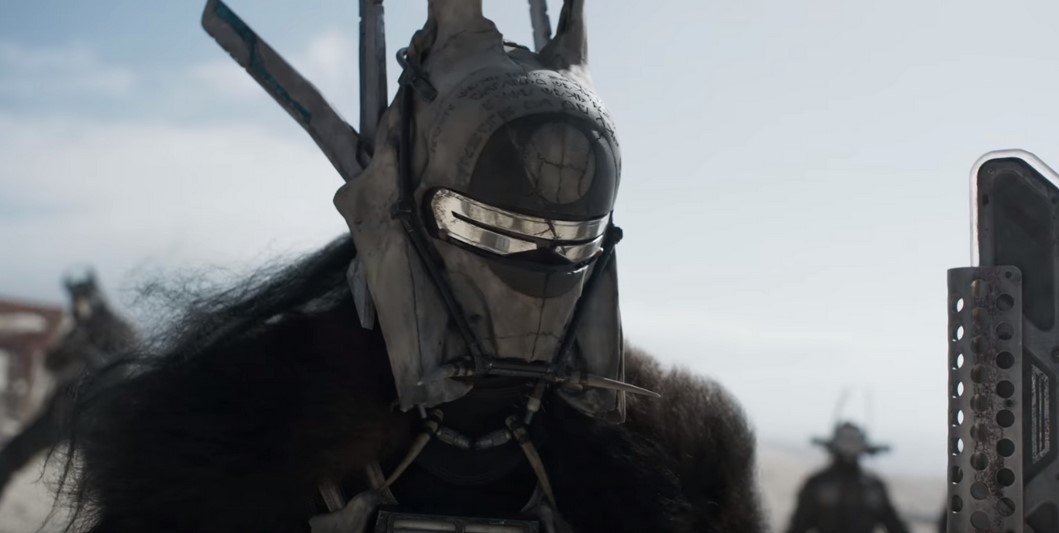 The Solo: A Star Wars Story trailer featured some pretty cool-looking characters, and one of them was this armor/fur-clad villain which the merch has revealed is named Enfys Nest. As it turns out, Enfys is actually a woman.

This was confirmed by Star Wars News Net, and they reveal that the actress is actually in line to appear in more Star Wars films down the line:

“Enfys Nest is a female. It is not a big role, but it is important. She (the actress) worked closely with Woody Harrelson. She is signed for two more movies, presumably Solo sequels.”

It’s also been revealed that Enfys is the leader of a gang of pirates called the Cloud Riders, and based on what we see in the trailers, it looks like Woody Harrelson’s Tobias Beckett will try to strike a deal with Enfys’ gang to try and work on a train heist along with Han Solo and Chewbacca.

Seeing that Enfys is considered a pirate, I’m curious if that means we’ll get a cameo from Lupita Nyong’o’s Maz Kanata from The Force Awakens. We know that Maz has a history with Han and Chewie, and with her being hundreds of years old, she could very well pop-up in any era of the Star Wars universe.

With Captain Phasma pretty much being a disappointment when it comes to the Star Wars sequel trilogy, a lot of fans are hopeful that Enfys and her gang will actually get to do something useful. Why market a female badass if she’s not going to do any badass stuff?