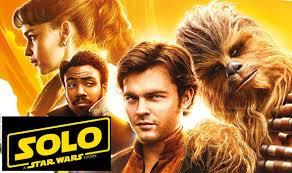 Solo: A Star Wars Story, the first spin-off movie in the Star Wars franchise, came out almost a month ago. Unfortunately, unlike all the recent releases, the movie isn’t generating as much buzz in the box-office. According to reports, the movie is slated to lose around $80 million if the trajectory continues at this rate.

According to Deadline, earlier this month, Doug Creutz, famed media analyst from The Cowen Insight, penned a report detailing the factors that affected the movie’s performance in the box-office. The report claims that Solo: A Star Wars Story is expected to earn around $200 million. Considering inflation, this number is far lower than the next-lowest earning film – Attack of the Clones at $475 million.

The reports postulates four reasons as to the recent film’s failure. For one, Creutz suggests that the movie debuted too soon. The last Star Wars movie, The Last Jedi, came out only last December. Five months doesn’t seem like enough time for fans to be excited. However, the report also explains that if this was the case Marvel would be in trouble:

“With The Last Jedi having come out just five months ago, some have speculated that Solo was too soon of a follow-up. If this were the case, though, one would think Marvel would be having even bigger problems, with four Marvel-branded films having come out in the last six months.”

Another reason that could have affected the performance of Solo is the backlash over The Last Jedi. The eighth installment of the franchise has been the most polarizing film thus far. Still the report explains that a movie that generated so much buzz cannot possibly have that much effect on another movie:

“While Last Jedi received critical acclaim (91% Rotten Tomatoes rating), it received a mixed reaction from audiences, as some thought it was too much of a revisionist take on Star Wars. However, if the franchise was able to survive Phantom Menace and Attack of the Clones, we have a hard time believing Last Jedi could have done that much damage.”

Solo: A Star Wars Story was plagued with problems throughout its development. Creutz suggests that this might be another reason for the movie’s failure:

“Some reports have focused on the changeover in directors and extensive reshoots that Solo went through. However, while widely reported in the trade press, this is still very much an ‘inside baseball’ thing that we think audiences at large were only dimly aware of.”

Ultimately, the report blames the film’s marketing for its unspectacular performance in the box-office. The marketing team for the movie’s only job was to convince the audience on Alden Ehrenreich being the young Han Solo. In the initial teaser, Ehrenreich was only visible for about 10 seconds. It is interesting to note that this teaser also came out 108 days before the premiere.

For reference, the first teaser for Rogue One came out a full 247 days before its premiere.  This gave the movie enough time to generate steam with Star Wars fans. Moreover, the teaser was able to sell Felicity Jones as the new hero to root for.

Nevertheless, the report ascertains that the upcoming ninth Star Wars film would do well in the box-office. There is a possibility that it would out earn all previous releases from the franchise.