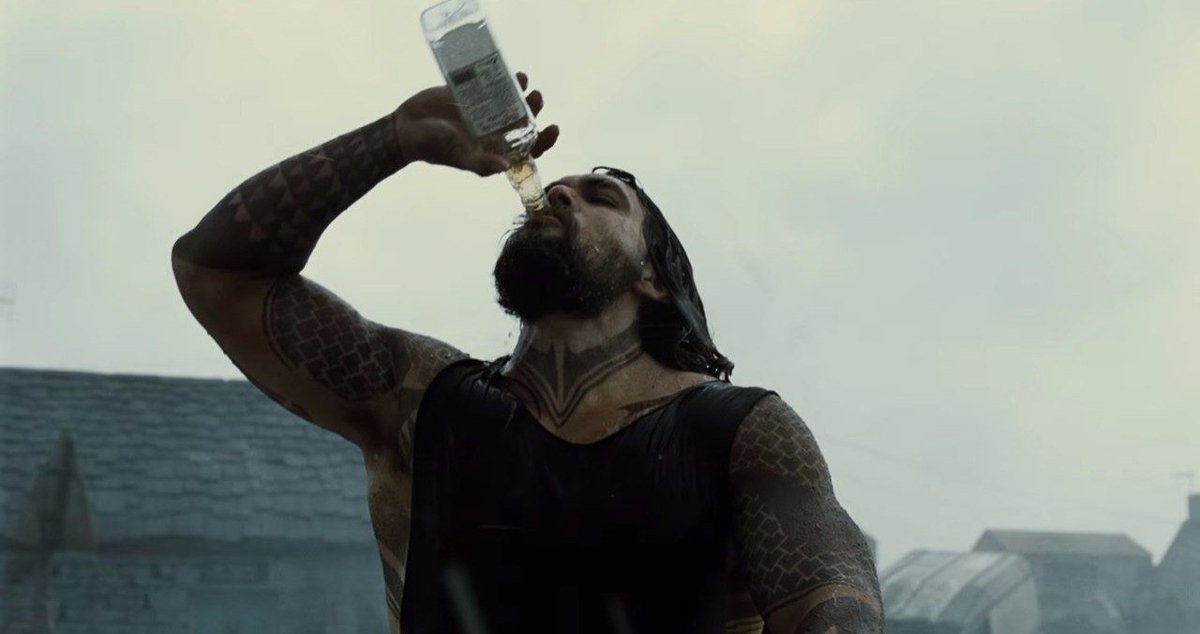 Most people have to work on their birthdays, right? Same goes for the Justice League director, Zack Snyder, apparently. Sharing new footage from the film in a short clip, Snyder is offering up a quick look at Jason Momoa’s Aquaman underwater. The short of it? The little shown looks fantastic! And that maybe be an understatement. Check it out below:

As per usual, Momoa is looking great. However, most intriguing is what’s taking place around him. It appears as if Aquaman is coming to a halt in front of someone sitting on a throne. If that is what’s being shown, it’s fairly difficult to tell if the individual is male or female. Should it be a woman, is it possible we’re getting a glimpse at Queen Atlanna — reportedly being played by Nicole Kidman?

Another probability is that whomever or whatever Aquaman is approaching is simply a statue. Either way, the teasing is becoming nearly unbearable now. Recently, Snyder promised a new trailer was incoming. Said promise of “soon” was made just over two weeks ago. Patience truly is a virtue, but this little glimpse into what Aquaman is up to should hold us over for the time being.

Justice League will open in theaters later this year on November 17.