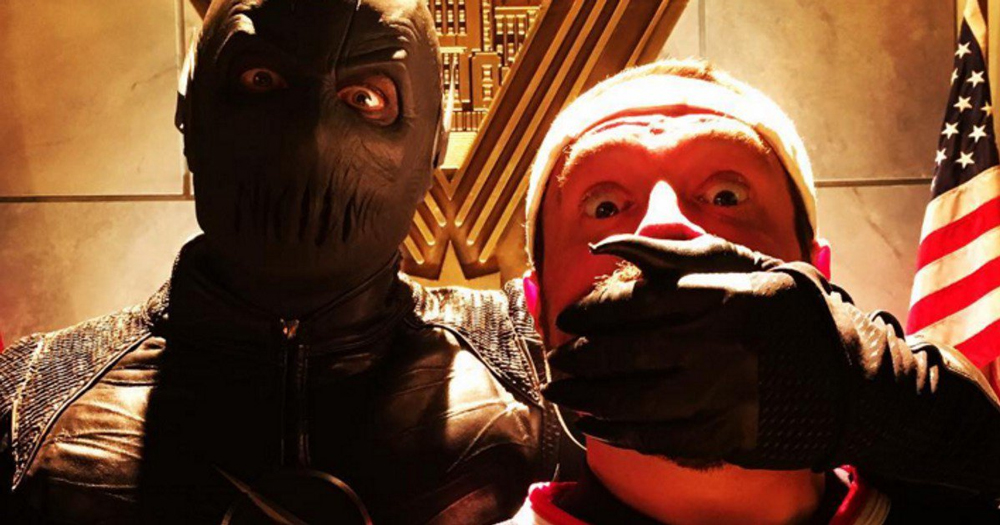 The hype for this week’s episode of The Flash, entitled The Runaway Dinosaur, has been built up tremendously with the knowledge of filmmaker Kevin Smith directing it. After last week’s episode, and the potentiality of Barry being lost in the Speed Force, the anticipation was amplified ten-fold. Now Smith has dropped yet another tidbit to add to the already mounting excitement. Aside from this possibly being his best directing to date, the filmmaker revealed this episode acts as a spiritual sequel to the show’s tear-jerking and emotionally exhausting Season 1 finale.

“I’m a huge fan of the show. And that was my concern when I was headed up there,” Smith told IGN. How do I make it so that you don’t notice that I directed it? Like, if you go, ‘That’s a Kevin Smith episode’ – well other than the Jay Mewes aspect of it because Jay pops up – then I haven’t done a good job. I went in there wanting to make it so Flash that when people watch it, it seamlessly fits in with the story they’re watching. With that universe. You don’t want it to stick out. So I used as my model the season finale from Season 1. Because that’s my favorite episode of Flash and honestly one of my five favorite episodes of TV ever f**king produced. One of my five favorite hours of television ever made. So well written, directed, acted. How they thread the needle over the course of the season. It all culminated insanely well. So I just tried to shoot for that. Even if I failed and only got halfway there I’d still be in good standing because that episode was sublime. And then the good news is when they gave me Zack Stentz’s script it was very much a spiritual sequel to that episode. It’s a bookend to it. It works very well side by side.

I’ve watched them both together now side by side a bunch and the pairing plays great. Because they both involve Barry’s mom. Anytime you use Nora Allen on the show, you’re instantly going to catch more people’s attention. Because at the heart of the story is a boy who lost his mother. And so when he reunites with his mother it’s always huge and emotionally powerful. And I don’t care if you’re a robot, or as they say on the internet a “Nazi Robot,” you will cry. It’s gut-wrenching stuff. It’s a three hanky episode and two are for your eyes and the other’s for your d**k. Because you’re just going to be jerking because it’s all the stuff you love in one episode of The Flash. And it had nothing to do with me. I just stood by with my jaw slack going ‘I can’t believe I’m here.'” 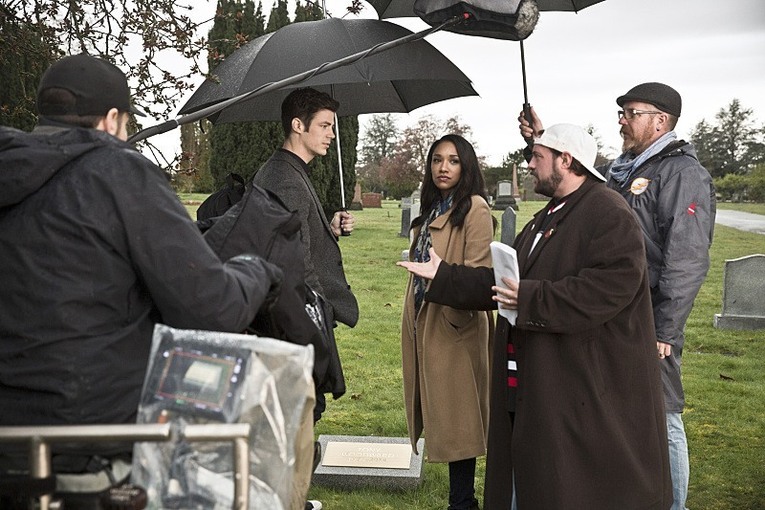 Basically, if you cried like Smith did while watching Seasons 1’s stellar conclusion, you’ll probably cry again. “Because at the heart of the story is a boy who lost his mother.” If The Runaway Dinosaur, titled after a book Barry’s mom read to him, is half as poignant as that sentence, gear up for another ride on an emotional rollercoaster.

There are still lingering questions waiting in the wings, regarding the episode. Is Barry lost in the Speed Force? Is the entity he speaks to in the trailers a Black Flash? How is the team going to pull him out? All will, hopefully, be answered tomorrow when the episode airs at 8pm EST.