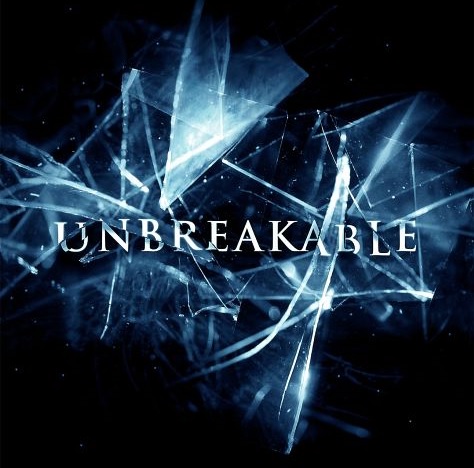 It was during a series of Q&A screenings for M. Night Shyamalan’s The Visit, that a question I’d longed to ask the director of Unbreakable since the year 2000 spilled from my geek hole. Are we ever going to get the oft-discussed further adventures of reluctant superhero David Dunn?

When Unbreakable was released, Shyamalan revealed that he had envisioned it to be the first part of a trilogy of films. He wanted it to follow the template of a comic books three-part narrative structure.  The first part would be the origin story, which turned out to be Unbreakable. The tale of a lone survivor of a catastrophic train crash, played by Bruce Willis, who slowly realises that he has never experienced any ailments throughout his entire life. Coaxed by an enthusiastic son, and the strange reoccurrence of Samuel Jackson’s brittle bone suffering comic book collector, he starts to fulfil his destiny as a hero. 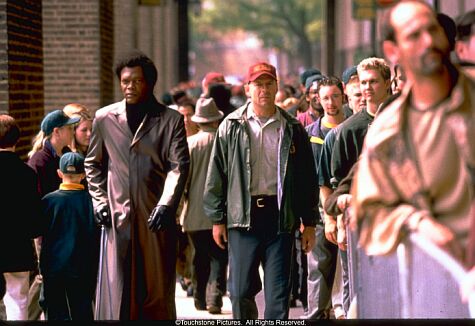 The film is knowing, adhering to the rules of the genre into which the story of Unbreakable morphs. It’s possibly one of the best origin stories, simply because we don’t know where it’s going, or that it’s even going to be a comic-book movie until Samuel L. Jackson’s Elijah Price reveals his dastardly plot during the final scene.

Similarly, with the second part of the trilogy, Split, you have no idea that it’s in the same universe until that recognisable theme starts playing, and we see David Dunn sat at the bar namechecking his nemesis from Unbreakable. It’s the same trick, but with the tablecloth whipped from beneath the crockery in a different direction. In James McAvoy’s outstanding performance, we were watching the villain’s origin story all along.

In one wonderful sleight of hand, Shyamalan had answered the question posed to him back in 2015. At the time he gave the same stock answers that had followed him since Unbreakable grossed $250m worldwide, and that had persisted, even throughout the dark days of The Happening and The Last Airbender. Even as recently as 2010, Bruce Willis told MTV News that “he is still thinking about doing the fight movie between me and Sam that we were going to do”.

M.Night’s story might not have played in a way that was expected from the former wunderkind, with big studios reluctant to offer him the kind of money they did when he received $5m for his first post-Si6th Sense spec script, but this might have worked in his favour when it comes to the Unbreakable universe. At the time of writing, Split continues to be a word of mouth sensation, currently standing at $169m worldwide (off a $9m production budget), and counting. Investment in expanding these characters couldn’t be higher. So where does the story go from here?

There’s the obvious arc, in which David Dunn, with whom we will have to do fifteen years worth of catch-up, will ultimately face Mr. Glass again. Whether that’s in a Lex Luthor/Hannibal Lector style capacity of visiting him in a maximum security prison, or as the third instalments big bad, is yet to be seen.

What makes the latter less likely is the gravity of James McAvoy’s performance as The Beast. That’s the immediate threat, the link that will be in fresh in audience’s minds, so it makes sense that Dunn would be confronting some of the 24 personalities that we didn’t get to meet in Split. It would seem a little bit too Batman Forever, and not at all in keeping with the tone of both movies so far if The Beast and Mr. Glass were to form some kind of bad guys alliance. The Unbreakable universe subtly presents the fantastical as reality, and it would serve it well to keep this sombre, grounded tone. When has too many villains been a good thing? Put your hands down Suicide Squad. Keep quiet Batman & Robin, for soooooooo many reasons.

Returning to Bruce Willis as David Dunn, and what he can do as a performer when he’s invested beyond the pay-check. Arguably two of his best roles were in M. Night movies, so if we can spend some time examining what Dunn has been doing with himself in the intervening years, it could give Willis some more life behind those eyes.

How has he been utilising his touch-telepathic skills to better humanity? What has happened to his son, who was so integral to him being freed of the inhibitions associated with his power? How about his wife, superbly underplayed by Robin Wright? They were hardly in a good place throughout Unbreakable, so what did years of crime-fighting do to them? There is so much potential for dramatic threads which are so often ignored in a genre trying to stuff so much into an ever-increasing superhero jigsaw puzzle. Unbreakable doesn’t come burdened by such expectation.

Another thread we’d like to see expanded upon is that of Anya Taylor Joy’s Split character. There are so many unresolved elements to her arc that could be picked up on. Casey may have been freed from The Beast’s captivity, but she’s been reunited with a monster of a different kind, as she’s put back in the custody of her abusive uncle. There’s also a question of where her loyalties might lie. Sure she was terrorised by McAvoy, but there were aspects of his personality that Casey was sympathetic towards, and ultimately The Beast recognised her as a kindred spirit, which saved her life, so maybe she would be the Mystique of this narrative? Torn between a Stockholm syndrome pity for some of her captors identities, while wrestling with the ideology of someone intrinsically good, like David Dunn.

Whichever path Shyamalan takes, as with all of his movies, the outcome will be polarising, but as a fully paid up member of the 1999-2006 M. Night apologists association, and here comes my twist, that includes The Lady in the Water (please don’t judge me), I’ll be first in line to see David Dunn take on Mr Glass and/or The Beast, when the concluding chapter is eventually released.