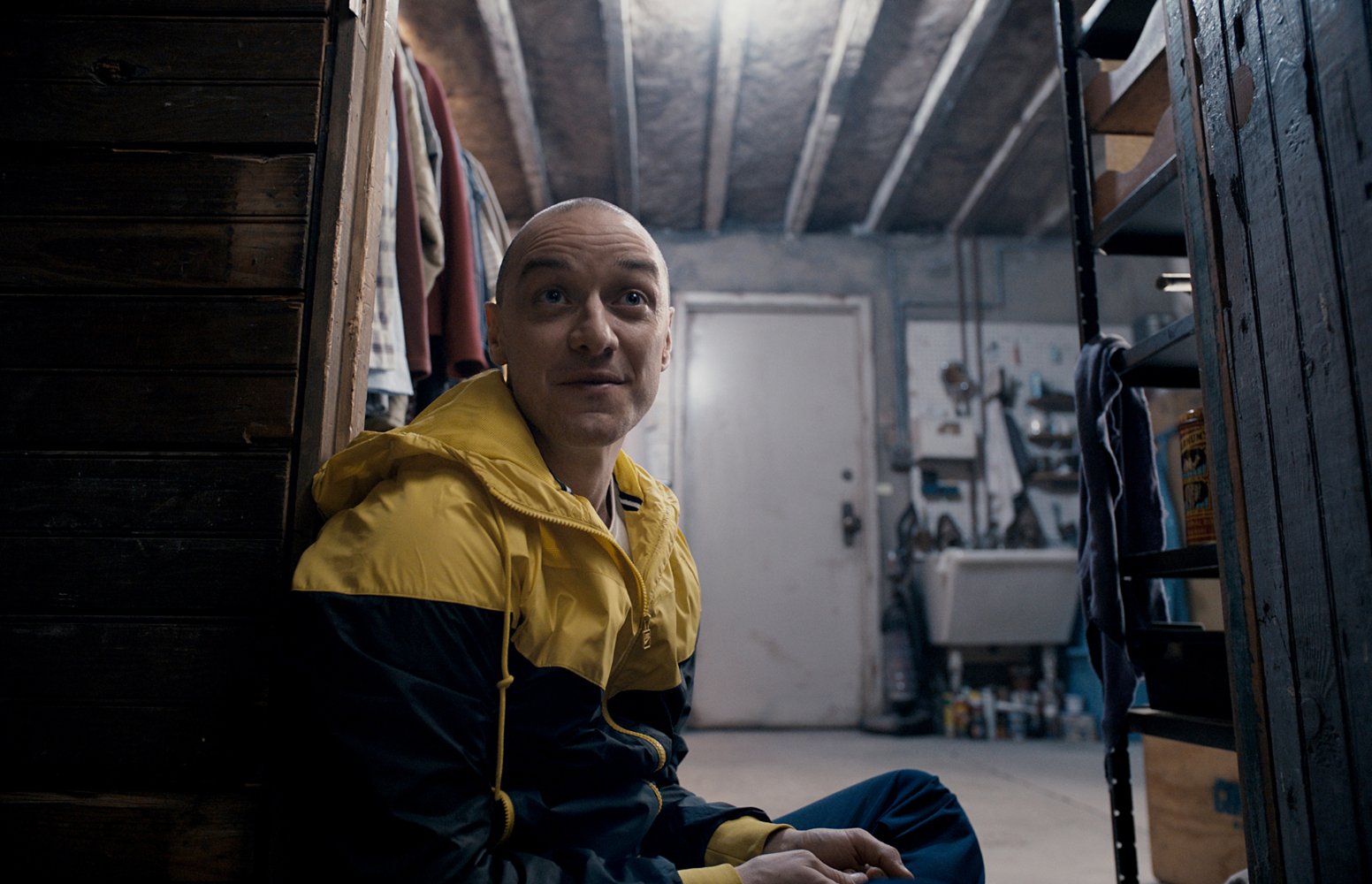 Split is not a return to form for M. Night Shyamalan, because that happened with The Visit, his extremely successful, in-on-the-joke, found-footage horror comedy from 2015. Burnt by increasing budgets and expectations, the one-time wunderkind has once again returned to more intimate surroundings with this excellent captivity thriller. The timing might not be great, having already had Room and 10 Cloverfield Lane in this calendar year, but rest assured, Split is an entirely different beast altogether.

Kidnapped from a parking lot in broad daylight, three young teens awaken to find they’re being held in a room with a single door. Through that entrance James McAvoy will sporadically appear, wearing one of his 23 personalities, each bringing their own level of threat to the frightened trio. There’s the sociopathic Dennis, the flamboyant Barry, nine-year old Hedwig, and prim and proper matriarch Patricia. Two of the girls want to fight their captor in order to escape, but the insular, wide-eyed Izzie (Anya Taylor-Joy) chooses to study him in order to manipulate the multiple personalities to her benefit.

To say anymore would spoil what makes Split so great, as it’s a box of tricks which evolves into something quite unexpected, eliciting multiple geekgasms and gasps as the curtain is drawn back by a director making the most of his second chance.

At the centre of everything, upon which the film lives or dies, is a simply outstanding, all-encompassing performance from James McAvoy. Hardly an under-the-radar actor, having impressed in Atonement, the X-Men universe, and on a similarly unhinged level in Filth, this is on another plane. Switching between characters, imbuing each of them with such individuality that you soon forget it’s a single actor playing them all. From the lisping insecurities of a pre-pubescent boy and his incredible dance routine, to the Gollumesque conversations between dominant personalities, Dennis and Patricia, every facet of his one-man-show is incredible, so-much-so that by the time his 24th split is revealed, it feels small compared to the flick book brilliance of everything that has preceded it.

A character as big as that needs someone to play off, and that’s where BAFTA Rising Star nominee, Anya Taylor-Joy excels. Already at ease playing subtlety with an edge of burgeoning unease, thanks to her stunning turn in The Witch, Taylor-Joy is as intriguing a creation as her co-star. Her wide-eyed stare and quiet knowing is complimented by a series of flashbacks, a narrative device that Shyamalan has used successfully throughout his oeuvre, and as the puzzle pieces slot into place, she becomes an empathic protagonist and admirable heroine.

Beyond praise for the performances, to divulge information about any set-pieces would veer too far into spoiler territory, and as with most Shyamalan output, the less you know the better. However, it does begin to unravel towards the end, with the narrative threads, albeit fun, getting slightly out of control.

This is a minor issue, one soon forgotten as the director reigns it all in with a triumphant flourish that elevates the film from good to great. It’ll be divisive, but when isn’t an M. Night film polarising?

James McAvoy’s performance[s] is worth the ticket price alone, the dramatic beats are just a twisty bonus. Split will do just that to audiences, but for those attuned to Shyamalan’s storytelling, and his grand scheme, this is a sign of bigger and better things to come.