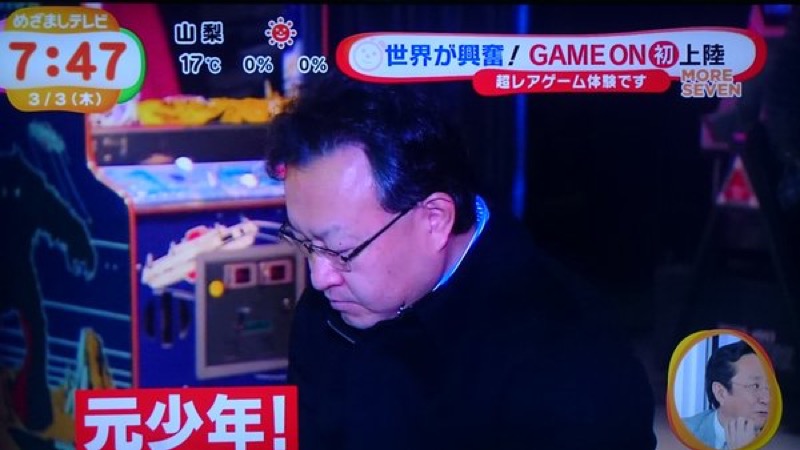 A Japanese TV program, Mezamashi TV, attended a history of video games exhibit. Concurrently, unbeknownst to them, the same exhibit was visited by President of Sony Worldwide Studios, Shuhei Yoshida, as well.

As one of the most well-known and beloved execs in the gaming industry, especially for the PlayStation Nation, Shu is also one of the most recognizable — Mezamashi TV was obviously not aware. The television program approached the Sony exec as he played Space Invaders. At the bottom of the screen where his name and/or title should have gone, he was identified as a “50-Something year-old man” in Japanese.

Shu, the hilariously good sport as always, embraced the fun of it and changed his Twitter profile to “50-Something year-old man.” His header is now an image of him playing Space Invaders at the exhibit, as he was shown on the program.

Unfortunately for Mezamashi TV, they missed out on an awesome interview opportunity.