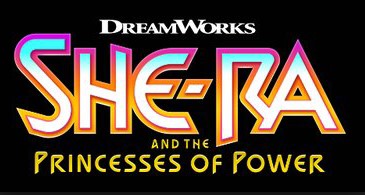 In a world that so hungrily consumes remakes and reboots, it shouldn’t be a surprise that an 80s spin-off is getting a web series. She-Ra of the Masters of the Universe franchise is currently getting the Netflix treatment.

The new animated show, She-Ra and the Princesses of Power, is scheduled to premiere next month. To promote their new series, the team behind the cartoon, which includes Noelle Stevenson, Aimee Carrero, Karen Fukuhara, and Marcus Scribner, recently held a panel during the recent New York Comic Con.

During the panel as reported by ScreenRant, much of what fans should be anticipating was revealed including a tidbit that would get LGBT followers of the franchise excited and riled up.

In the heat of the conversation, the cast of She-Ra was asked who their favorite characters were. Without hesitation, Carrero, who plays Adora aka She-Ra,  gushed about Bow’s dads.

Based on the reaction of everyone else in the panel, it was a detail that they didn’t intend to divulge. Scribner, the voice actor who plays Bow, was quick to explain that the series was never a show to shy away from sensitive topics. He further revealed that if anything Bow’s dads would be instrumental in the show:

“This is difficult because it’s a bit of a spoiler, but at the same time I feel like She-Ra really doesn’t shy away from reflecting what’s actually going on in the world around us. It’s not some topical thing that really needs to be discussed, it just is. Bow has two dads. I feel like it just reflects a lot of modern families and things that are going on in the world around us. I don’t want to talk too much about their personality types and how they each factor in, because that was a bit of a [New York] Comic Con spoiler alert session, but it’s definitely super cool. … Just know that they play an integral role in a couple scenarios.”

The introduction of Bow’s two dads would surely cause a ruckus with the franchise’ fans. Thankfully, the cast and crew are used to controversy. In fact, just last month, they had to wade through a lot of sexist comments regarding She-Ra’s rebooted appearance.

Not all fans were satisfied with how the new and improved She-Ra looked. Some male fans think that she looks too boyish and gay. Stevenson, one of the executive producers of the show, has since commented on the criticism.

During the same panel, Stevenson explained that there already are She-Ra fans who have sent in their fan-art. Obviously, negative opinions are isolated:

We have this wall of fan art in the office that we’ve been adding to, whenever new fan art comes in and it’s exploded. That’s so much of what I’ve seen in response and by comparison, the naysayers haven’t been the loudest voice. So I think, when I get that question, I’m kinda just like, ‘Why are those the voices that we center? Why are those the opinions that we raise up, above other opinions?’ I’m interested in that.

She-Ra and the Princesses of Power is scheduled to be released n November 16, 2018.