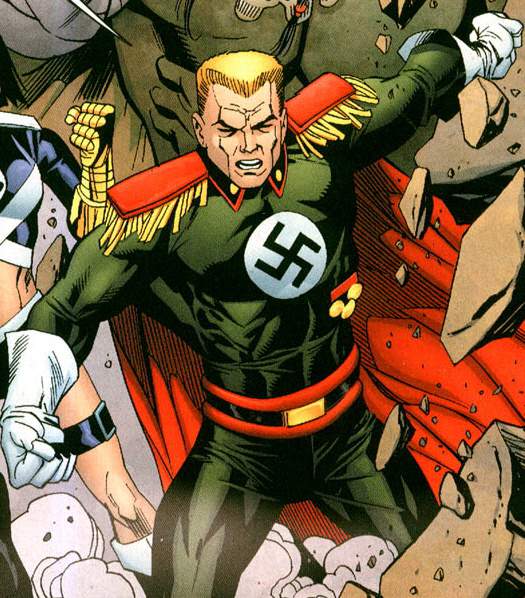 Captain Marvel/Shazam got his start in 1940, and as an all-American superhero of course he fought some Nazis over the years. Enough that they simply named one of his adversaries “Captain Nazi.” His original incarnation was created by the Third Reich specifically to counter Captain Marvel. In the 1990s Power of Shazam comic, he was a Nazi super soldier who’d been in suspended animation for decades, which is likely the route they’d take for a film version.

When he returned in Power of Shazam, which tried to involve as many classic Shazam villains and other Fawcett Comics characters as they could, having a supervillain named “Captain Nazi” seemed, if anything, oddly antiquated. Today… depressingly relevant. If anything, possibly too political.

But who better than superheroes, especially improbably noble or good superheroes like Captain America or Shazam, to remind us that the Nazis must be fought?