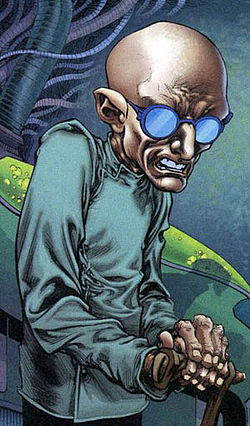 Black Adam might be first among Shazam villains, but Dr. Thaddeus Boddog Sivana Sr. is a close second. DC Comics loves their mad scientists… enough that at one point they formed their own sovereign nation… and Dr. Sivana just might be the archetype. Dr. Sivana is the villain who gave Shazam (back when he was Captain Marvel) the nickname “Big Red Cheese.”

Dr. Sivana provides a brains vs brawn challenge for Shazam, similar to Superman vs. Lex Luthor. Perhaps similar enough that it aided then-National-now-DC Comics’ lawsuit against Fawcett Comics claiming Captain Marvel and Superman were too similar. That historical note aside, Sivana would provide a challenge beyond brute strength, that would force Billy to rely on the wisdom of Solomon rather than the strength of Hercules, which sounds like a good third act of a character arc to us.