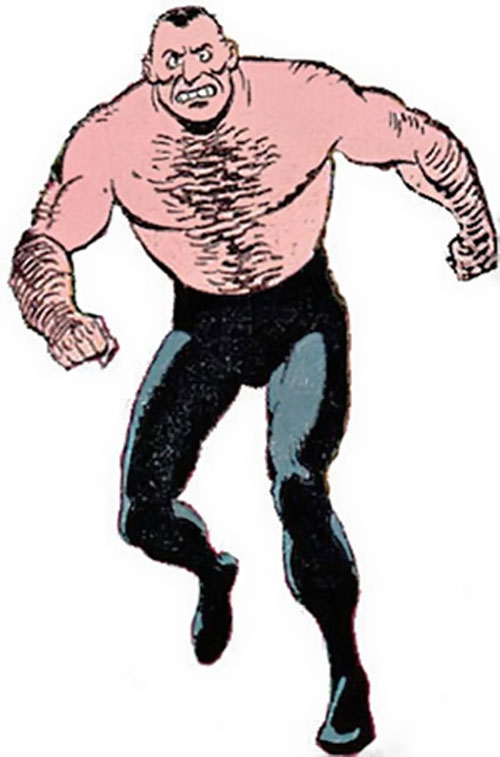 Shazam’s powers are derived from the men whose initials shape his name: shouting “Shazam!” grants Billy the wisdom of Solomon, strength of Hercules, endurance of Atlas, power of Zeus, invulnerability of Achilles, and speed of Mercury.

Same goes for Ibac, but the sources of his power are far less benign. When he shouts “Ibac,” he gains the terror of Ivan the Terrible, the cunning of Cesare Borgia, the fierceness of Atilla the Hun, and the cruelty of Caligula. And also he’s super-strong.

Ibac would make a good introductory villain for Shazam, because he fits the same mould that Marvel Studios has been using for nine years: he’s like the hero, but an evil version. As Iron Man fought exclusively evil arms dealers, Captain America started by fighting an evil super soldier, and Thor fights evil Asgardians, it would make sense for Shazam’s first opponent to have a similar shtick.

And while Black Adam fits that to a T, he’s a much more complex character. Often more anti-hero than villain, he even did a stint in the Justice Society back in the early 2000s. Ibac, on the other hand, is simple. A pure-evil thug, free of moral complexity, for Billy Batson to cut his heroic teeth on.

Next: Brains over brawn