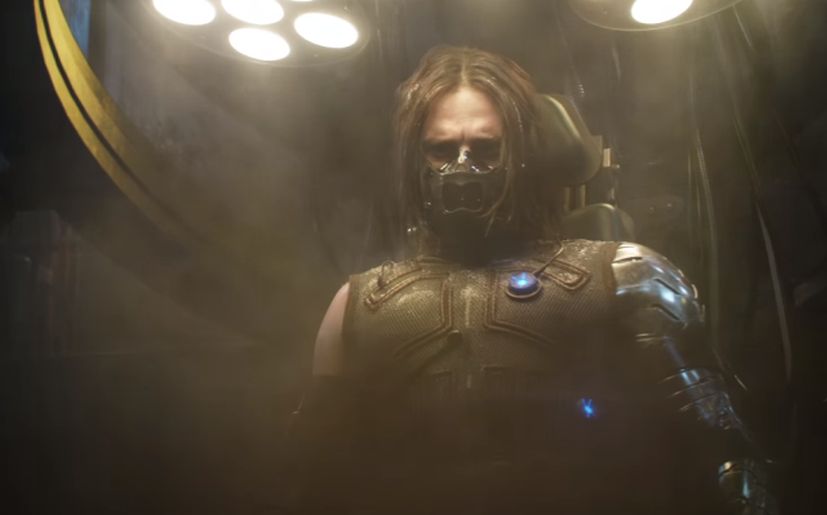 While we peons must wait for the film to hit theaters later this spring there are some, the Winter Soldier for example, who get to see it long before the ravenous masses. Sebastian Stan (Bucky Barnes) divulged his impassioned first reaction to viewing the tense superhero-vs-superhero flick for Collider:

“I sat there and basically there was a bowl of candy and fruit and gum in front of me and then there were sparkling waters, and I basically sat on the edge of my couch the entire time and ate through the entire bowl of candy. I was overly stimulated with this movie, which I’m so proud to be in because everyone is fucking awesome in it. Everyone is fucking fantastic. I walked out of it speechless, and I worked on the movie and I was there! I walked out of there and I had back pain from leaning.”

Sounds like Sebastian is minutes away from chanting, “America! F*ck yeah!”

Did…did you understand that reference?

If anything else is to be gleaned, it’s that one should definitely keep the junk food or any other mindless comforts out of arm’s reach for this. Hopefully, CA:CW delivers on its vows of intense personal struggles and suspenseful action sequences. Let’s be frank: Some are feeling a little burned after Avengers: Age of Ultron fell a bit short on repeating the awesomeness of its predecessor. The outlook is strong, though, since directors Joe Russo and Anthony Russo have returned to helm CA:CW after serving up a definitive success with Captain America: The Winter Soldier.  Such is the faith of Marvel in the Brothers Russo that they were chosen to take the leash of the upcoming behemoth that is Avengers: Infinity War.

In the meantime, expect further reactions to spill out over the next couple of months leading up to CA:CW‘s release on May 6.