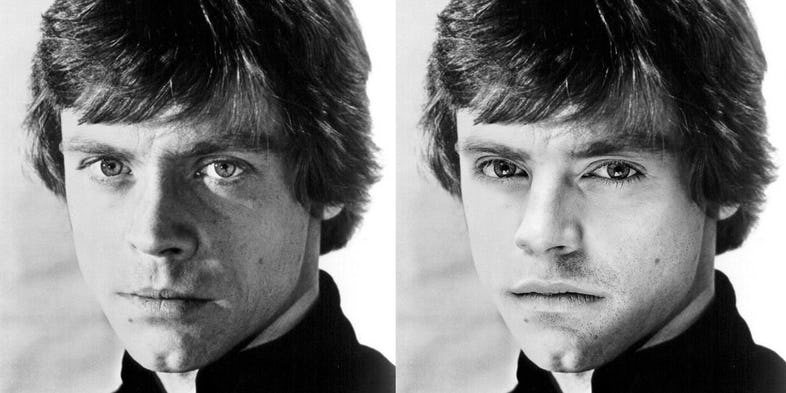 It was just last year that the world of the internet realized how much Sebastian Stan resembles a young Mark Hamill, AKA the most iconic Jedi of all time. And good luck for fans that enjoy casting because Disney is looking to continue to make more Star Wars movies for some time. Now, Sebastian Stan, The Winter Soldier of the Marvel Cinematic Universe, has said outright that he’d be happy to play the young Luke Skywalker.

How did we find this out? An excited fan had to ask at the Comic-Con in Rhode Island, of course. When asked his interest in playing Luke Skywalker in an upcoming Star Wars, Sebastian Stan had this to say: “I just want to say here that anytime anyone would like to call me and ask me about Luke Skywalker, I’d be very happy.” So would we Sebastian, so would we.

Some Star Wars fans may see this as a little ridiculous, but in reality, this could be a legitimate possibility. After all, the likeliness between Sebastian Stan and young Mark Hamill are uncanny, and let’s also not forget about the Han Solo movie coming out next year titled Solo: A Star Wars Story. If Disney and Lucasfilm can replace Harrison Ford as Han Solo, they can surely do the same with Mark Hamill as Luke Skywalker.

While Disney contemplates their next decade of Star Wars films, we’re pretty sure that they’re listening to the ongoing conversation that fans are having about the Sebastian Stan and Mark Hamill look-a-like conundrum.