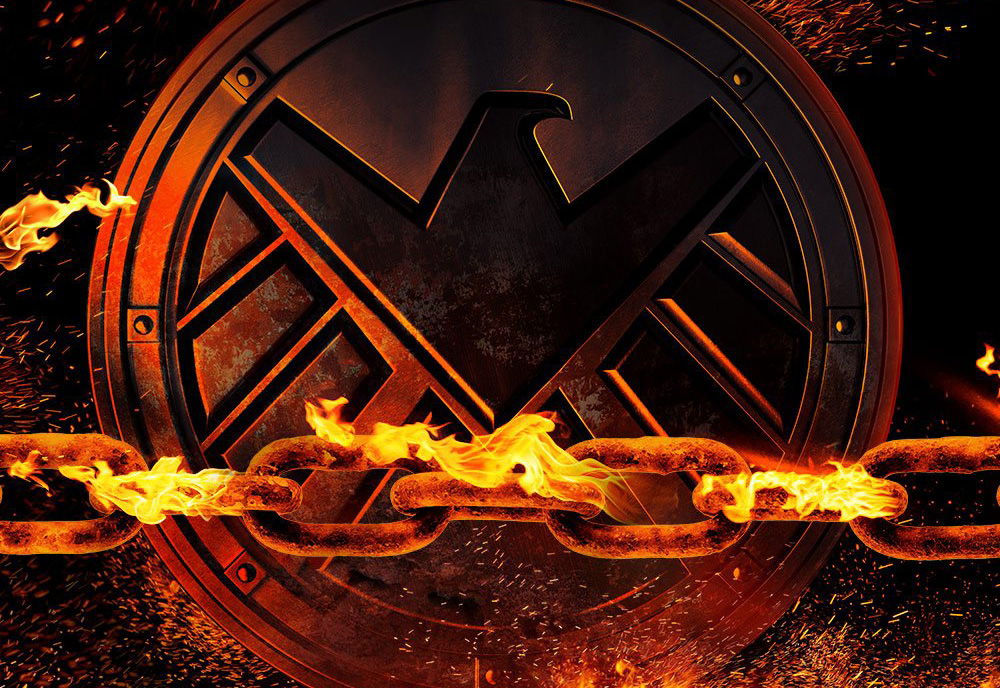 Not too long after their huge confirmation of the inclusion of Ghost Rider in Marvel’s Agents of SHIELD in Season 4, ABC released their SDCC panel teaser video online:

Joining the cast as the fiery vigilante is Gabriel Luna, best known for his work on TV series such as Matador, Wicked City and True Detective. The Austin, Texas native was enthusiastically welcomed via Twitter by a couple of veteran SHIELD agents (alive and dead):

Thank you to all the @Marvel Fans for all the well wishes. Gonna work my tail off to make y'all proud. #GhostRider @AgentsofSHIELD

Ghost Rider has had many iterations over the years in the comics. This time SHIELD will unveil Robbie Reyes as the Hellfire bearer. Unlike the more famous and original Ghost Rider, Johnny Blaze, Reyes doesn’t ride a flaming chopper. No, this badass has a sweet tank of classic all-American muscle. Behold–the Hell Charger:

In the words of Peter Quill aka Star Lord, “There’s a little pee coming outta me right now.”

As Reyes acquires his Ghost Rider-y powers, so too does his 1969 Dodge Charger. The Hell Charger is infused with regenerative powers, Hellfire power, Hell blazing weapons, incredible brunt power and the ability to hide hellish contraband quite deftly. When Mephisto redesigns a muscle car, he doesn’t mess around.

We may have already glimpsed the vague origins of Reyes in the form of  James aka Hellfire (Axle Whitehead) during Season 3 on Agents of SHIELD. James is an Inhuman brainwashed by Hive (Brett Dalton) who wields a flaming chain. He does that last bit so well he killed the formidable Lash (Blair Underwood) while he was busy saving Daisy (Chloe Bennet) from Hive’s control. How James will factor into Reyes’ introduction remains to be seen.

Head of Marvel TV, Jeph Loeb said during the panel (via ComicBook.com):

“Season 4 will unquestionably be the series’ biggest, most ambitious story yet, and it all begins with the introduction of one of our greatest legacy characters in Ghost Rider. When the Spirit of Vengeance rides into S.H.I.E.L.D., it’ll change everything.”

It’s not too long of a wait though. Agents of SHIELD has begun filming new episodes and will premiere its fourth season on ABC, in a new time slot (9 pm/10 pm Central), on September 20.