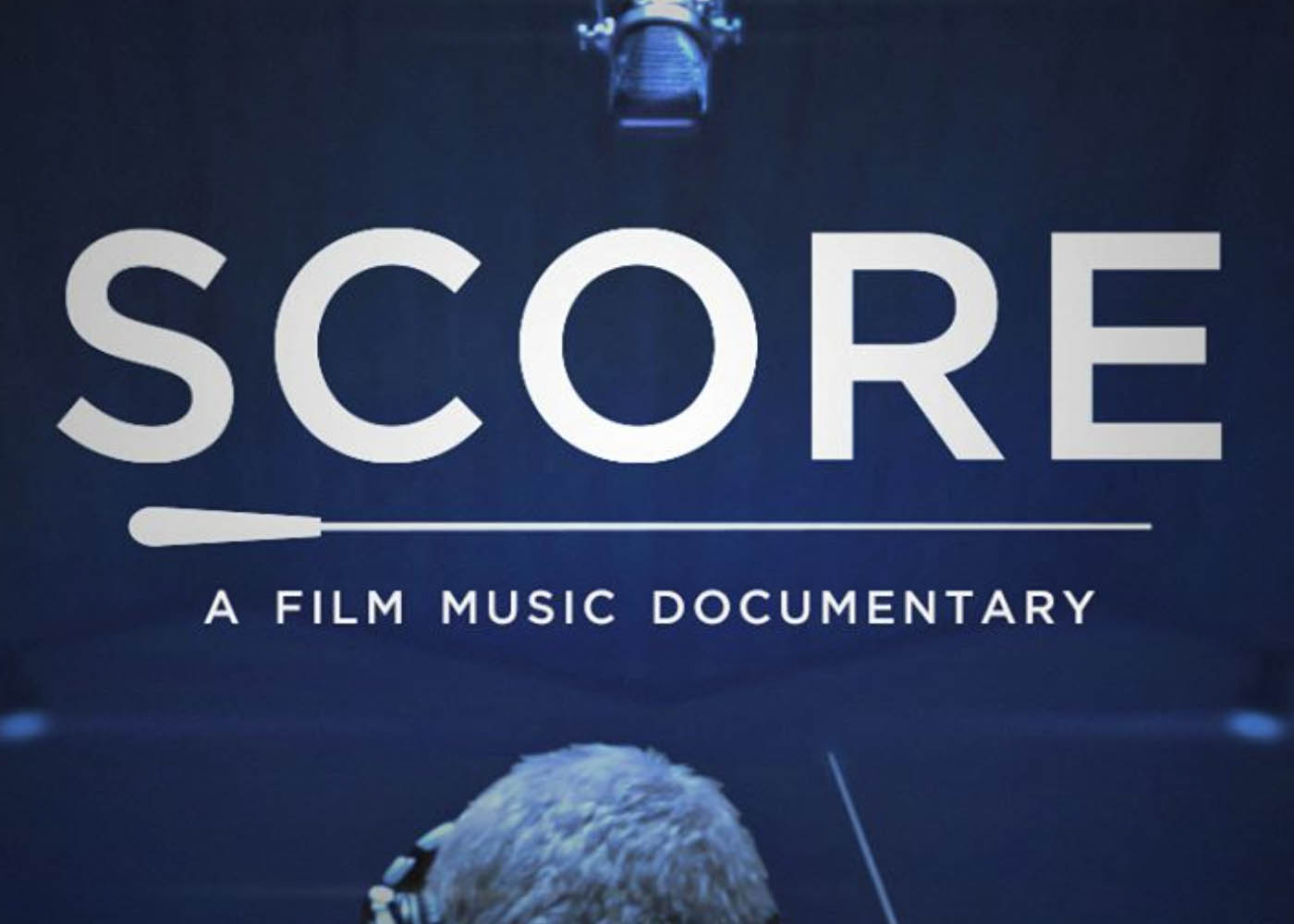 I was that nerd in high school that blasted Elliot Goldenthal’s score to Interview with the Vampire on my way into school, and I was the girl that made film score mixed tapes for my co-workers at Christmas.  So, when I heard that there was a documentary coming out about the history of film music that celebrated the genius of film composers and the wonderment of film music, you can imagine that I got way, way too excited to see this film.

And then I immediately played the Hans Zimmer radio station on Spotify through my Stormtrooper headphones at work.

On Wednesday, June 14th at the Aero Theater in Santa Monica, CA, I joined an equally enthusiastic group of cinephiles who were chomping at the bit to see an advanced screening of Matt Schrader’s Score: A Film Music Documentary.  For the uninitiated, this could seem like an entirely appropriate medium to explore the film music artform and the people who create it.  But for the real cinaudiophiles (and yes, I totally just made that word up) like myself, who are well aware of the history of film music, our favorite composers, and their transformative music, I was wondering how in the hell writer-director Schrader would effectively cover all of that ground while still giving composers the opportunity to discuss their craft, their process, and their evolution as music creators in a scant 1 hour 33 minutes.

First, the positives.  Schrader does a commendable job compiling a sort of greatest hits of film music throughout the years.  Starting with the Wurlitzer-laced silent films of the early 1900’s, to the breakthrough orchestrations to Max Steiner, to the pop culture-piercing bombast of John Williams, to the synth sounds of the 80’s, to the more modern, ambient styles of Trent Reznor and Hans Zimmer, Schrader succeeds in showing us how the medium has evolved since its inception (Inception is one of my favorite scores by Hans Zimmer, by the way).  Throughout this history lesson, which is punctuated by samplings of such untouchable scores as Vertigo, Psycho, Jaws, Star Wars, The Dark Knight, and The Social Network, a myriad of composers describe how they were inspired by their comrades, and these moments are especially satisfying for any film music fan.

It’s in these interviews that Schrader allows the composers to humanize themselves by talking about their particular creative processes, as well as their insecurities.  For example, the film opens with composer Marco Beltrami having gerry-rigged a piano on a hill and tuned the wires to structures far below so that when he plays the piano, the wind rippling between the wires produces a haunting sound that he can’t achieve with conventional instruments.  In one moment of exquisite hilarity, film score legend Hans Zimmer (who just played with a full orchestra at Coachella Music Festival, I’ll have you know), at one moment tells a story of when he found he couldn’t meet a director’s expectations for a certain musical idea, then jokes that maybe the director should call John Williams or something.  And composer Brian Tyler also reveals a certain ritual he performs once a film is released, but I feel you should just listen to him tell it.  It’s certainly well worth it.

Schrader is also practical enough to know that when you’re making a doc about film music, you’re almost obligated to devote a disproportionate amount of time to John Williams.  Because he’s John Williams.  Because John Williams did Star Wars and Jaws and Close Encounters of the Third Kind and E.T. and Raiders of the Lost Ark and Superman and Jurassic Park and Harry Potter.  Because when you hear the themes from these films, you remember the movie, and then you remember your childhood, and then you get excited, and then you start crying.  Schrader shows us some archival footage of Williams’ collaboration with Steven Spielberg, and it’s truly amazing to see how symbiotic the relationship between the two men was then (and most likely still remains so now).  It truly is a treat to see them discuss when the highs and lows of E.T.’s main theme should come in, and it was even more rewarding to see Williams’ epic 15-minute ending track to the film get the proper kudos that it deserves.

If these were the things that Score got right, then its main offense is in trying to do cover too much ground in the amount of time it had to do it.  As I stated before, the film features about 50 composers, and the cuts between them are so quick and abrupt at times that I sometimes imagine Schrader losing his mind in the editing room trying to find a way to fit everything in because he just can’t bear to cut anything out.  He gets a bit more material from composers like Hans Zimmer and Brian Tyler, but instead of narrowing his focus on maybe eight composers and really exploring their work and craft, he’s literally shoving every living composer into a very limited amount of time, and in the end, I felt as if I was being ushered through the film in one of the cars in The Fast and the Furious (which Brian Tyler scored, by the way).

There were some notable exclusions, as well.  For example, maestros like Michael Giacchino (The Incredibles, Ratatouille, Up, Star Trek), Alan Silvestri (Romancing the Stone, Back to the Future, Forrest Gump, Contact), and Johann Johannson (Theory of Everything, Sicario, Arrival) are conspicuously absent from the film.  And if you’re going to cram every other living film composer in the film, I just don’t really see how you leave those three out.

There was another notable omission:  women.  There were two total in the film to my recollection (Rachel Portman and Deborah Lurie), and this probably doesn’t speak to an oversight by the director himself as much as it speaks to the fact that film music is still completely dominated by white men.  EXTREMELY talented white men, but I think you see my point.

In the end, what you’re left with is an entertaining and educational doc for the curious yet casual viewer, and an outright musical film feast for fanboys and girls who’ll eat it up like a delicious – if messy – Ratatouille (which Michael Giacchino did the score for, by the way).

Score: A Film Music Documentary opens in New York on June 16th, and in Los Angeles on June 23.

While slightly over-ambitious and rushed considering how much ground he has to cover, Matt Schrader does a great job of making a celebratory film that will educate the casual film fan, and enchant hard core cinephiles.

Kristina Rettig is a features writer at GeekFeed. She has written for Variety.com, GeekBinge.com, and PopAltar.com, focusing on Comic-Con coverage, film reviews, television reviews, Oscar and Emmy predictions, as well as opinion and feature pieces.
View All Posts
Follow Me :