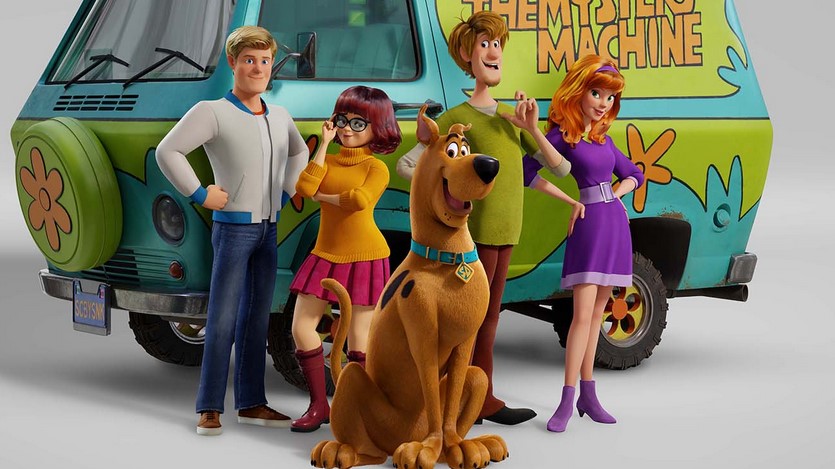 WB is set to reboot the Scooby-Doo franchise for the big screen, but rather than go the live-action direction, they’ve decided to give Mystery Inc. a brand new 3D polish. Thanks to Fandango, we have our first look at Fred, Velma, Daphne, Shaggy, and Scooby.

Check out the first images from Scoob!:

Jinkies! Scooby-Doo is back in this exclusive first look at the animated film #SCOOB! The first trailer is coming this Monday. pic.twitter.com/nPLDkKHBYD

I have to say, they did a really great job when it comes to translating the 2D character designs to the 3D look. I guess I’m not that big a fan of Fred’s look, but Shaggy and Scooby look really great, and I think that’s the most important part since the two are the star of the show. I would have loved if Velma looked a lot dorkier, but I guess she looks fine alongside this version of Daphne.

One character that we don’t have in the images is Tracy Morgan’s Captain Caveman who’s been confirmed for the movie for a while. While Captain Caveman isn’t a regular on the show, the Hanna-Barbera cartoons have a tendency to crossover from time to time, and after the success of Avengers: Endgame, I’m sure franchise crossovers are all the rage right now.  Besides Caveman, we’ve had confirmation that Muttley is going to appear; what are the odds that his employer Dick Dastardly is going to be the main bad guy?

Scooby-Doo is the hero of his own story in “SCOOB!,” the first full-length, theatrical animated Scooby-Doo adventure, which reveals how he and his best friend Shaggy became two of the world’s most beloved crime busters. The story takes us back to where it all began, when a young Scooby and Shaggy first meet, and team up with Daphne, Velma, and Fred to launch Mystery Incorporated.