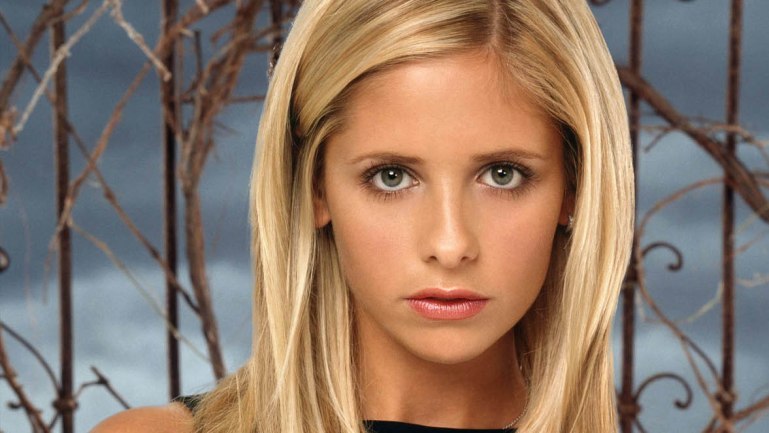 Since its final episode aired in 2003, the universe created by Buffy the Vampire Slayer continued on with the Angel spinoff and multiple comic series. This year marks Buffy’s 20th anniversary and the nostalgia train is already kicking into high gear. The Slayer also made The Hollywood Reporter’s “50 Best Female Characters” list, taking home the number three spot. As such, Buffy Summers herself, Sarah Michelle Gellar, spoke to THR about her time on the Hellmouth.

“The most formidable years of my life — transition from teenager to adult — were spent filming Buffy. I learned every day from the experience and from her.”

“She taught me it wasn’t about being perfect; it was about trying the hardest to be the best you you can be. I also loved how hard Buffy worked, as she had no typical powers most superheroes have. She had to train and work hard at her craft. Buffy reminded us that being different was not only OK but really cool — and at a time when most kids are trying to desperately fit in.”

As with most genre television series, talk of a potential revival is frequently a topic of discussion. Some fans are all for the show being revisited. Meanwhile, others are content with leaving things as is. Gellar has weighed in as well, saying the following:

“I have always believed that what was so unique about the show was the use of horrors of those formative years. With high school and college as a backdrop, we were able to address racism, identity, bullying, guilt, death, first love and heartbreak using the demons as metaphors for the demons we all experience. I am not sure how that translates into adulthood, although I am sure it could. The burden of saving the world a lot always weighed heavily on her, so for her sake, I hope she is somewhere on a beautiful beach located far away from any Hellmouth.”

Of course, the continuity is still moving forward with the comic series. Dark Horse recently began rolling out Buffy Season 11 and the publisher kicks off Angel Season 11 later this month.