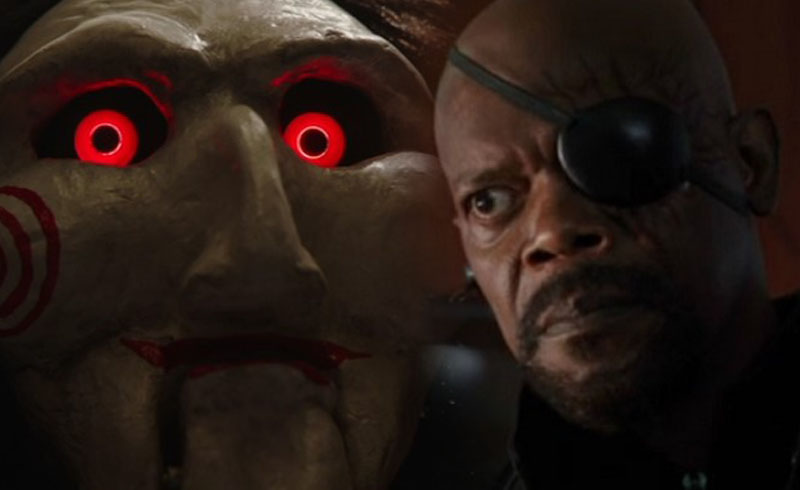 Samuel L. Jackson may be giving missions to Spider-Man in theaters today, but he’s set to come back to the horror genre pretty soon. Just in, he’s been cast in the SAW reboot starring Chris Rock.

According to Entertainment Weekly, Jackson will be playing Rock’s father in the movie; Rock, on the other hand, will be going outside of his usual comic role to play a police detective who is investigating a series of grisly murders.

Lionsgate chairman Joe Drake also had this to say about getting Jackson in the film:

“We think Samuel L. Jackson and Chris Rock along with Max Minghella and Marisol Nichols make this film completely special in the SAW canon and we can’t wait to unleash this unexpected and sinister new story on fans of this franchise… This is the next level of SAW on full tilt.”

With father figures in movies usually not doing much, I have a feeling that having Jackson in the part will reveal that the role is much larger. Maybe he’s been behind all these murders this whole time, and Jackson is going to be the rebooted version of Jigsaw. I have to say, he already has a very distinct voice, and he makes for a very creepy Mr. Glass. What are the odds that Jackson is the new villain of this series?