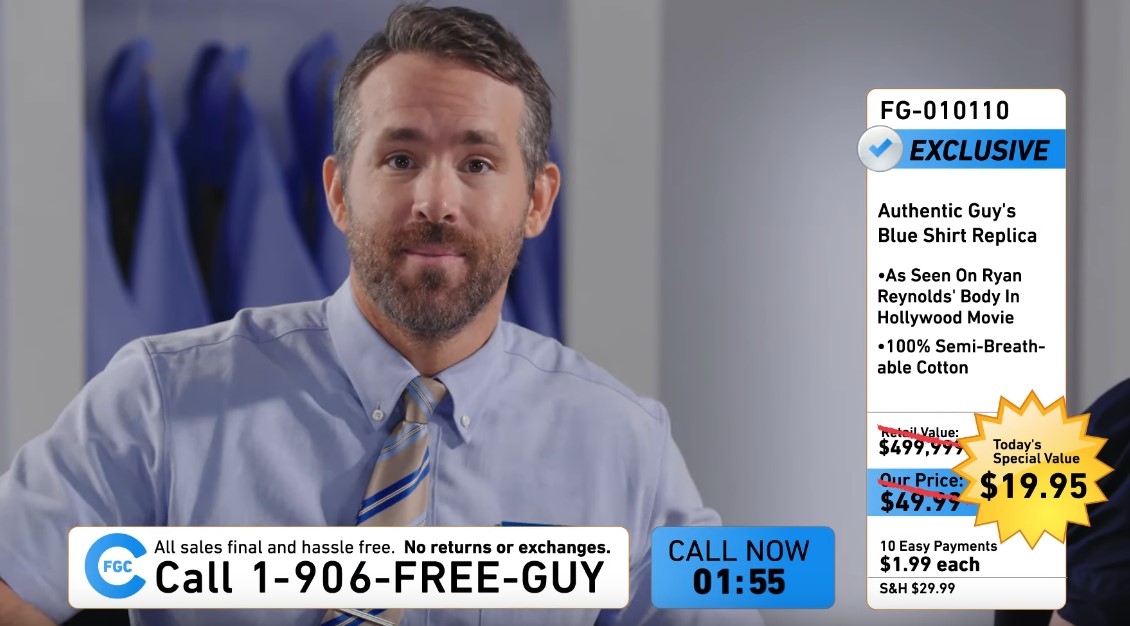 We don’t know when we’re going to get the next Deadpool movie, but Ryan Reynolds has another film incoming that will deal with video games this time. The trailer for Free Guy is set to drop tomorrow, and Reynolds has posted up this fun new promo teasing the release of the first preview.

Besides Reynolds, the promo also has his co-stars Lil Rel Howery, Jodie Comer, and Joe Keery. Other actors in the film who aren’t in the promo include the likes of Taika Waititi, Channing Tatum, and Utkarsh Ambudkar.

While everyone seems to have been sincere when it came to the interview, it’s really great to watch Ryan Reynolds just fool around like he usually does. Besides the looks, you have to admit he has some razor sharp wit.

As for the fun premise of Free Guy, this is the short tagline:

A bank teller discovers that he’s actually an NPC inside a brutal, open world video game.

The movie is directed by Shawn Levy (Stranger Things, Night at the Museum) with a script from Matt Lieberman (The Addams Family 2019).

With Levy at the helm, I can’t help but think this movie is going to be a family friendly romp. Then again, it could be a wasted opportunity not to make use of Reynolds sometimes dirty sense of humor. I guess we’ll only get to see what the film is like once the first trailer comes out.