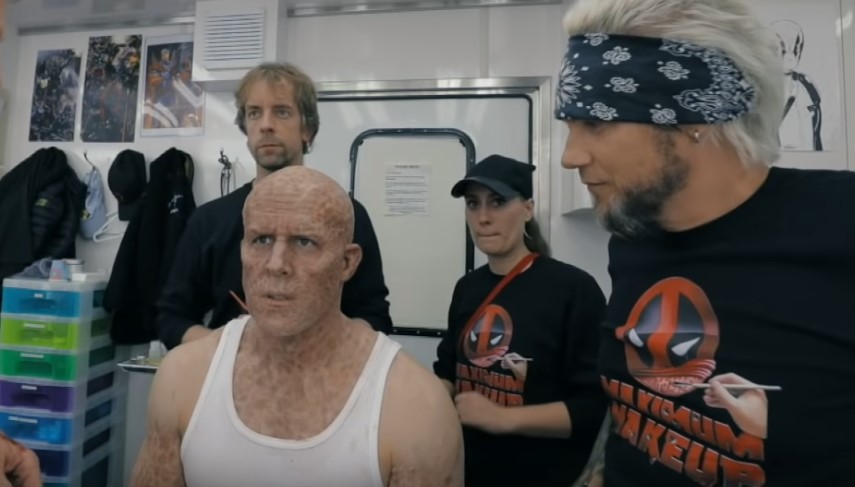 We don’t know when the next Deadpool movie will come out, but fans have been speculating a comeback soon since Ryan Reynolds had paid a visit to Marvel Studios. Now Reynolds is adding fuel to the fire by posting up this throwback video of him getting his make-up on for Deadpool 2.

If anything, the video is probably fake and Reynolds just shot his removal of the make-up at the end of the shooting day. As you can see the process is pretty extensive, and Reynolds would have been nuts to just remove it and have the team start all over again.

Going back to Deadpool though, it’s been said that only Reynolds’ version of the character is what Disney wants to keep with Marvel Studios rebooting Fantastic Four and X-Men. We have no idea how Marvel plans to bring in Wade to the MCU, but hopefully the writers have something good in mind. From the top of my head I can imagine some kind of multiverse portal with Doctor Strange, but maybe they can say that Wade has been in the MCU this whole time.

If anything, it has to make sense or else the fanboys would go nuts.

Here’s the official synopsis for Deadpool:

Wade Wilson (Ryan Reynolds) is a former Special Forces operative who now works as a mercenary. His world comes crashing down when evil scientist Ajax (Ed Skrein) tortures, disfigures and transforms him into Deadpool. The rogue experiment leaves Deadpool with accelerated healing powers and a twisted sense of humor. With help from mutant allies Colossus and Negasonic Teenage Warhead (Brianna Hildebrand), Deadpool uses his new skills to hunt down the man who nearly destroyed his life.

No release date has been set for the next Deadpool film, but hopefully we get him in some kind of crossover soon.