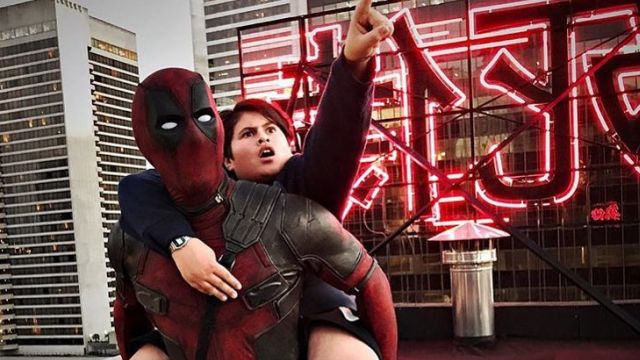 Despite being an R-rated property, Deadpool still manages to have its younger fans. It’s not new when a parent says they’re being pestered by their kids to watch the film. What’s interesting is, Deadpool star Ryan Reynolds has the perfect solution to showing your kids his R-Rated film.

When asked by a fan on Twitter on how to show his 4-year-old son Deadpool, Reynolds replied:

It’s kind of bittersweet that Reynolds should mention Spider-Man. After the Fox merger, everyone was so eager to see Peter Parker team-up with Fox heroes like Johnny Storm or Deadpool. With the Sony/Disney divorce though, it doesn’t look like we’re going to be getting those team-ups anytime soon.

Going back to Deadpool, there’s actually a kid-friendly version of Deadpool 2 called Once Upon a Deadpool that kids can check out. I don’t think there’s an officially released PG version of the first DP, but some local channels have edited the film in order to show it on cable. Maybe parents can just watch out for that.

For now, it looks like Marvel Studios is still deliberating on what they can do with Deadpool. Rumor has it that Ryan Reynolds is the only actor they want to keep onboard for the future. Hopefully Kevin Feige and his writing team have a great idea on how to bring the Merc with the Mouth into the MCU soon.

My money’s on him being pulled in from an alternate dimension by Doctor Strange, but I’d be open to a solution that’s more clever.

Deadpool 3 has not been officially announced.