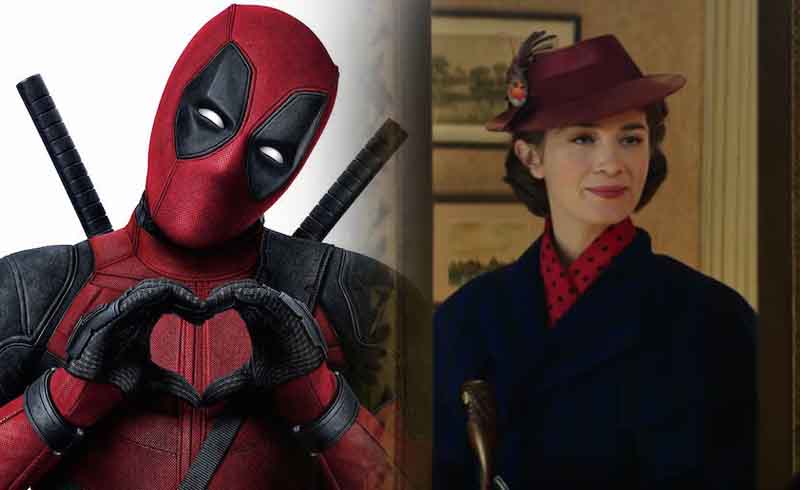 Aquaman and Spider-Man: Into the Spider-Verse may have dominated the box office last month, but Disney’s Mary Poppins Returns has slowly been picking up steam. Emily Blunt has been praised for taking over the Poppins role for Julie Andrews, and Ryan Reynolds has took to Twitter to congratulate her… sort of.

Mary Poppins Returns. Emily Blunt is a master at work. She is brilliant. She must be stopped. pic.twitter.com/0IKpkfUFXP

With Poppins’ status of being a classic piece of cinema, a lot of pressure was on the filmmakers to deliver a good sequel. I have to say, director Rob Marshall did some very excellent work; Mary Poppins Returns had some great choreography and music, plus Blunt makes the role her very own.

While I personally thought Meryl Streep’s number was the weakest in the film, a lot of other numbers definitely shine. Angela Lansbury delivers with Nowhere to Go But Up, and I almost clapped in the theater after Lin-Manuel Miranda and company’s Trip a Little Light Fantastic.

You think the franchise would last long enough for a crossover Mary Poppins v Nanny McPhee: Dawn of Manners?