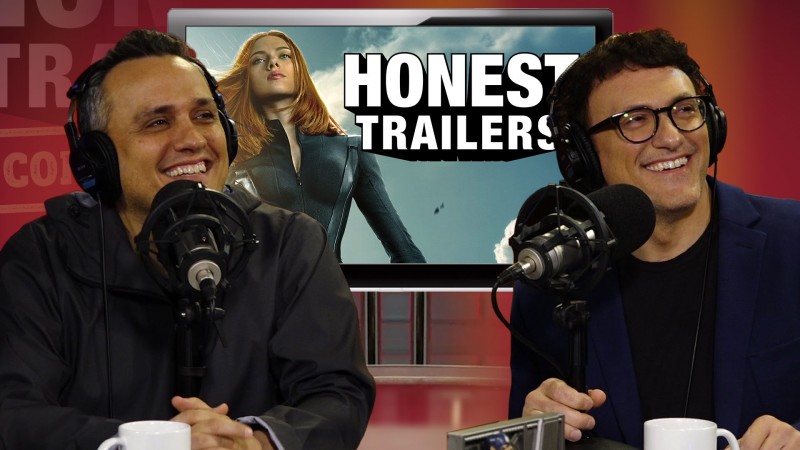 Those folks at Screen Junkies are used to gleefully picking holes out of movies in their Honest Trailer videos – this time, however, they had the actual filmmakers in the studio with them to pick holes back.

To celebrate the release of Captain America: Civil War, directors Joe and Anthony Russo sat down to watch the Honest Trailer for their lastest Marvel movie, Captain America: The Winter Soldier. See how they react to it above.

Though they do stand up for their movie in a couple of places, the Russos are very good sports. An interesting comment they make is that they produced Civil War with the idea that it should be “Honest Trailer proof” – that any plot holes needed to be ironed out in the scripting stage so that Screen Junkies couldn’t point them out later on.

They also talk about some of the decisions behind Winter Soldier, such as the different direction Steve Rogers goes in during the movie and the thinking behind Cap and Black Widow’s relationship.

Watch the video without the commentary here:

Now that Joss Whedon has departed Marvel Studios, the Russos are basically the guys in charge (besides producer Kevin Feige). After Civil War, they will next direct the mega-anticipated Phase Three finale two movie event Avengers: Infinity War Parts One and Two.

Meanwhile, Captain America: Civil War is in US cinemas on May 6th and in UK cinemas… right now.