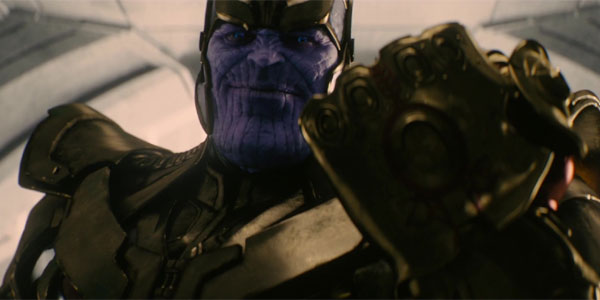 Marvel raised eyebrows recently when they announced Avengers: Infinity War would be a standalone film. No longer a two parter, that left the Russo Brothers directing an untitled Avengers 4. It suggested the two films, which are being filmed back to back, will be separate stories. Now the Russo Brothers have opened up on the title change.

Talking to Cinema Blend, the Russos did stress there will be some crossover between the two films. Of course, almost every Marvel film does that. There was a lot of crossover between Joss Whedon’s first two Avengers films, too. However, it seems Avengers 4 is going to be something a little different:

“We wanted the movie to be very different and distinctive, you know. There’s certainly cross-pollination between characters and some story-arcs, but you know, the first movie is very clearly Avengers: Infinity War and, in time, we will reveal what the second film is.”

So, Infinity War takes place within the first movie. It could bleed over into their second film, which also starts filming later this year. Surely there has to be something linking the two for them to be filmed together, and released just a year apart.

They did mention that we’d hear the new title for the fourth film, “in time.” It doesn’t sound like that’s coming any time soon. When pushed on the comment Anthony Russo said,  “You’ll learn that, but not for quite some time.”

By the sounds of things, the second film is going to be a well known title. This could be a refreshing change, where little information is teased out until Infinity War has been released. Given what the Russos did with the Civil War story in their last Captain America film, they can be relied on to make these two Avengers films work.