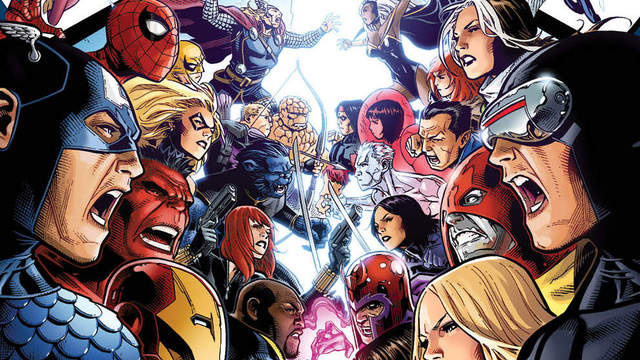 When it was announced that – in an unprecedented deal between Marvel/Disney and Sony -Spider-Man would be joining the MCU, fans got very excited about the possibilities this raised. If those two studios could get together and share a character, what was to stop 20th Century Fox doing the same and lending the X-Men to Marvel? There have even been rumours that this was actually happening.

In an interview with ComicBook.Com, the Russo brothers have now put the dampers on this as they have admitted that, to their knowledge, there are no such talks going on. And they would know, seeing as they are pretty much the custodians of the franchise at the moment, after helming Captain America: Civil War and currently working on Avengers: Infinity War. Here’s what Joe Russo had to say on the matter:

“As far as we know, right now there isn’t talk regarding the X-Men. I don’t know if behind-the-scenes there were conversations or if there are conversations happening but we certainly haven’t heard of any. Sony and Marvel had a relationship through Kevin [Feige] and Amy [Pascal] and through us and Amy. That’s really how Spider-Man came about. It requires a certain alchemy and a very special situation for studios to share properties. There was not talk on Civil War about the X-Men.”

While this is sad news to fans, it is hardly unexpected. As Joe explained, the Spider-Man deal was a “very special situation” and is a truly unique case. Plus, the X-Men franchise is in pretty rude health, with various upcoming movies planned. There isn’t really any need for Fox to turn to Marvel.

The next X-Men movie is the tentatively-titled Wolverine 3 which will arrive March 3rd 2017. The Russos’ Avengers: Infinity War is pencilled in for a May 4th 2018 release date.