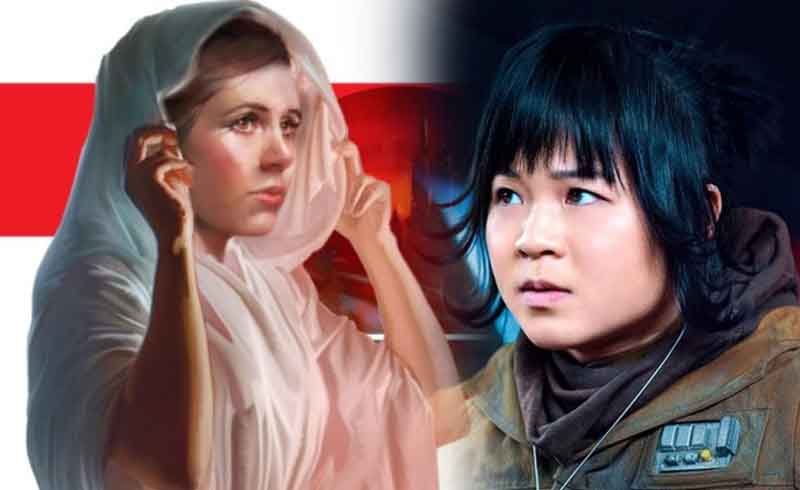 Star Wars: The Mandalorian has officially wrapped, but Lucasfilm has already announced the next Star Wars miniseries to focus on Rogue One’s Cassian Andor. What’s interesting is, they actually plan on spinning off several characters spanning from multiple eras of the Star Wars universe.

According to HNEntertainment, the list of potential shows include focus on characters like The Knights of Ren, Lando Calrissian, Captain Phasma, and Rose Tico. There’s also a possibility of a series focused on Young Leia Organa.

With Solo also underperforming in the box office, it’s rumored that Lucasfilm will try to continue Han’s story through a series instead. We know that his story with Qi’Ra isn’t over, and I’m sure everyone wants to see more of Darth Maul and his Crimson Dawn syndicate.

Going back to Leia though, Stranger Things actress Millie Bobby Brown has expressed her interest in taking on the role. With her being a major draw, I’m sure Disney will consider her for the part. I think it would be interesting to see little Leia Organa trying to grow up with the rising Empire. Maybe the series can even include a young Admiral Holdo.

For now, we should just take these as rumors. Personally, I’d prefer if Lucasfilm stick to theatrical films instead, but if there’s a chance to cover some more mature storylines for supporting characters, I’d be up for it. I’d love to see a series of Rose and her sister Paige or maybe the origin of how Lando got his hands on the Falcon.

Star Wars: The Mandalorian comes out sometime this year on Disney+.