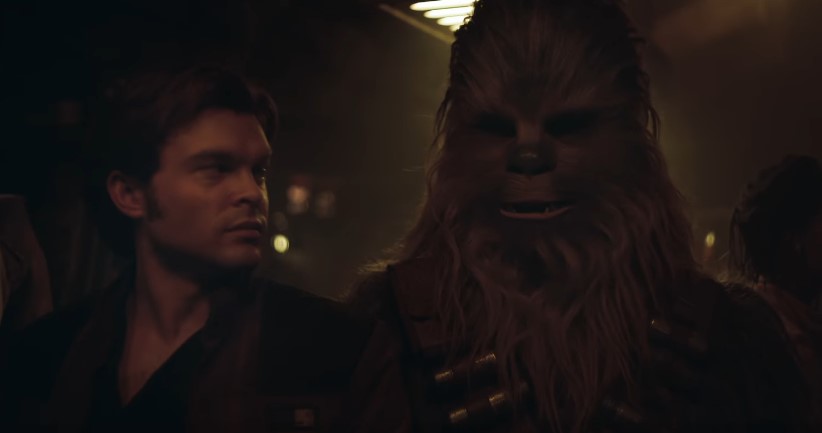 Solo: A Star Wars Story to earn upwards of $100 million on its opening weekend. However, the film floundered, only earning something close to $83 million. That’s particularly low for a Star Wars movie, but director Ron Howard had this to say about the movie’s performance:

Didn’t meet projections but amounts to a new personal best. check #SoloAStarWarsStory for balanced feedback & then C it on a big screen! https://t.co/QsOxOLuo22

A lot of people are scratching their heads over why Solo isn’t performing as well as everyone in Lucasfilm hoped. However, there are many factors to consider. There’s the mixed critics reviews and the severe lack of marketing for the movie. The recent release of Avengers: Infinity War and Deadpool 2 also could have eaten away at audience members’ budgets.

Meanwhile Disney has decided to weigh in on Solo’s success after the film finishes its box office run. Disney chief of Distribution Dave Hollis had this to say about the film’s performance:

“It’s surprising for the film to have not done the business as we have hoped… It’s disappointing when tracking is unpredictable when you get to levels like this and setting up expectations outside of where the film is landing. But, we come into a Memorial Day that’s doing a ton of business for the industry, and the last four weeks have been the biggest.”

It’s great for the business. Sure, Deadpool 2 jumping in front of the release and how available people turned out this weekend are factors, but with Solo we have a film that’s well received with great exits, and we have nothing in front of us for two weekends. We’ll measure the success of Solo at its finish.”

Having seen the movie twice already, I could say that this Star Wars movie was definitely one we needed after something as emotionally heavy as Star Wars: The Last Jedi. It’s not a struggle between the balance of good and evil, but a self-contained story that’s a fun adventure filled with great characters and amazing spectacle.

If you bash this film for being “too simple” or predictable, then maybe you should watch A New Hope. Tell me how complex and groundbreaking the story was.

If you want my advice, check the movie out for yourself, and ask yourself the most important question: Did you have fun?