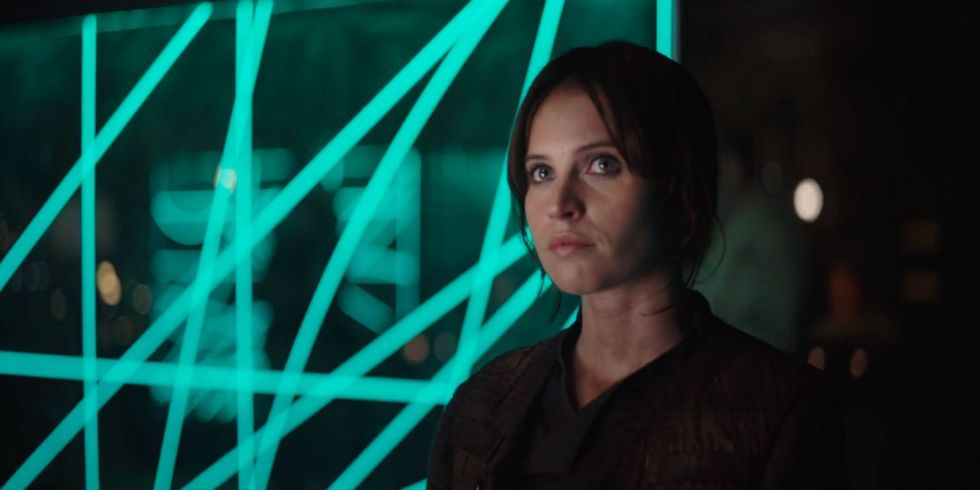 Slight spoilers, if you don’t want to know anything about Rogue One’s story.

Well that was quick!

After only three short days since we got the second trailer for Rogue One: A Star Wars Story, we already have another look at the first Star Wars standalone. In a new international trailer, we get some all new story details that have been rumored for a while.

It’s already well known Rogue One will detail just how the Rebel Alliance was able to steal the plans for the Empire’s ultimate weapon, the Death Star. Yet very little is known about our main protagonist and heroine Jynn Erso, played by Felicity Jones. If the trailer is any indication, stealing the plans for the the Death Star are going to be an extremely personal endeavor for Erso. Given where the Alliance is getting its information from, Jynn’s father, Galen Erso.

The new trailer uses a mash-up of footage we have seen before and adds new footage, revealing the info on Jynn’s father. The footage that has been shown so far has done a very good job of what to expect from the film, including the tone. Which is very different from the episodic adventures we are used to. This is a movie taking place in the familiar Star Wars universe, where we will finally get to see the nitty gritty of the war between the evil Empire and the Rebels. From the massive beach battle with AT-AT’s, to the rain soaked X-Wings flying through mountains and attacking what appears to be an Imperial base, this has a very Saving Private Ryan meets Star Wars feel that hasn’t been explored in the previous films. Take a look at the trailer below, it’s worth watching and is more than a rehash of the last one.