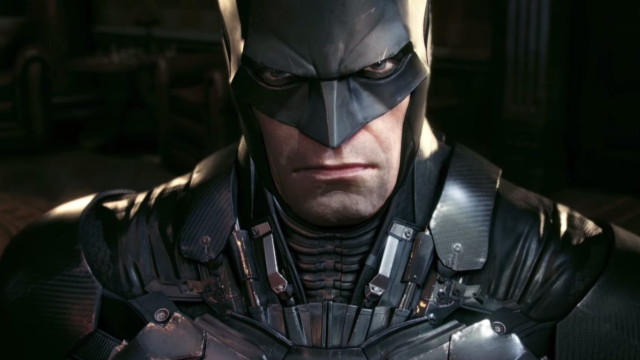 When Rocksteady unleashed Batman: Arkham Asylum on the world in 2009, gamers and critics were shocked. It was a licensed superhero game from an unknown studio. It reeked of potential awfulness. However, that wasn’t so. Seven years and three Rocksteady titles later, Arkham remains a staple in the industry. Its unique approach to combat took third-person action games to another level — an approach still being imitated. They tapped Batman veteran Paul Dini to write the first two titles. This clever decision led to one of the most moving Joker stories ever told. Following the release of Arkham Knight, fans eagerly awaited what the studio would do next. At this year’s PlayStation E3 conference, we got our answer: Batman: Arkham VR. It looks great, promising to give players an opportunity to truly “Be the Batman” by allowing them to “Wear the Cowl.”

However, as noted in the past, they are moving away from the Dark Knight soon. There’s nothing wrong with being known as the Batman studio. Many fans want them to follow up the trilogy with a Justice League series. Although, they may want to spread their wings beyond DC, perhaps creating their own IP in the process.

In an interview with Eurogamer during EGX 2016, studio producer Dax Ginn told the publication Batman: Arkham VR had gone gold. With that title now complete, the team will be moving on to new things. As to what those things are, Ginn says they aren’t sure yet. Believe his words or not, whatever they have planned is sure to excite. He explained the following:

“To be honest I don’t really know,” he responded when asked what was on horizon. “We’re in a very enviable position where we have some time and space to decide what we’re doing next. We can sit back and think what our dream game would be, and we have Warner Bros.’ support to do that.

He continued, “I think we’ve proven that we’re a hardworking team, we work well together, and we can really decide what’s best creatively for our own destiny.”

After Arkham Knight, Rocksteady was supposedly finished with telling tales of the Bat. Arkham VR shows they weren’t quite ready to let go. Now that the project has wrapped, Ginn says the team is having a hard time saying goodbye.

“I think there’s a little bit of sadness on the team. It feels like… breaking up? [The mood] is really split – there’s a feeling in the office like, it’s definitely time to do something else – we all accept that. But we all know Batman so well – we all feel comfortable in the Arkhamverse.

“We’re definitely letting go of that comfort blanket and putting ourselves in the position where whatever we do next is going to feel very different. There’s always an anxiety associated with change and that’s where we want to be. We want to feel uncomfortable because we want to make awesome stuff.”

What would you like to see the award-winning studio tackle next? Another DC property, or something original? Sound off in the comments below.

If you haven’t played the Arkham series, or are looking to dive back into the madness, Batman: Return to Arkham launches this October. The collection will include Batman: Arkham Asylum, Arkham City, and each game’s respective DLC offerings. Batman: Arkham VR will also launch in October, exclusively on PlayStation VR.