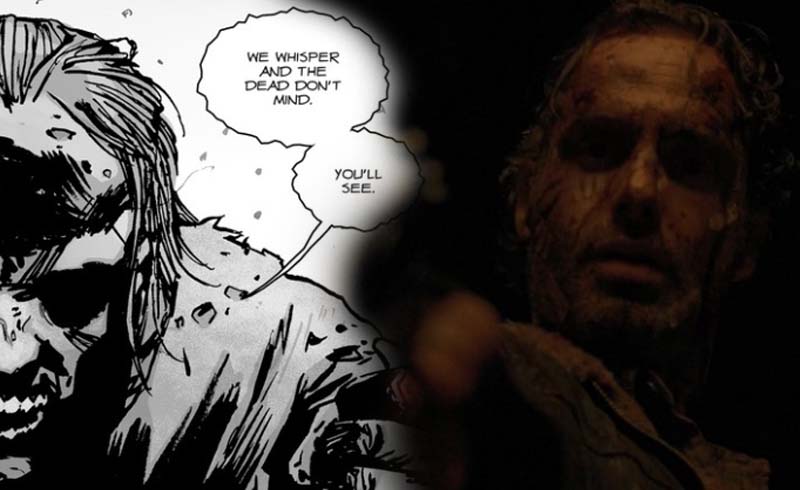 AMC’s The Walking Dead is currently gearing up for an all-out war with Negan and the Saviors, but a lot of die-hard fans are curious on what arc they will follow next from the comics. TWD creator Robert Kirkman confirms that the Whisperers from the comics will be coming to the show, but he didn’t say specifically when.

“[They are] absolutely on the menu. I just wouldn’t necessarily say for this season or even exactly when.”

After Negan’s arc in the comics, Rick and his new community were able to flourish for a while until his scouts ran into a group of “whispering” walkers. As it turns out, they were a group of humans who have found a way to blend in with the dead by wearing their skin, and though they may not be as sophisticated as Rick’s community, they have an ace card in a sense that they can amass huge numbers of walkers (like, in the thousands) on their side and unleash them on their enemies.

The Whisperer title comes from the fact that it’s a rule in the pack to speak quietly at all times so as not to attract any unwanted dead. They do have to keep some walkers around them for security.

With The Walking Dead’s ratings declining, I can’t tell how far along the show has until it’s ended. Not to mention with Carl set to die, the TV show will have to find another connection for Rick to the Whisperers (Carl has the hots for the Whisperer’s leader’s daughter, you see).

The Walking Dead 8 premieres on AMC on Feb. 25.