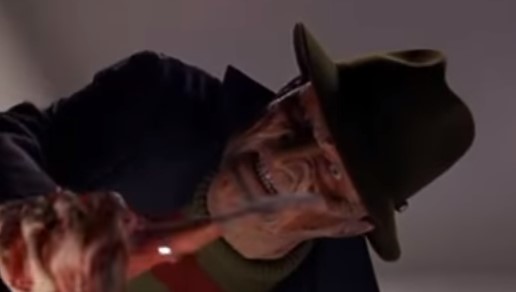 Halloween is just a week away. As the occasion draws near, a lot of people are gearing up for movie marathons and busting ‘ol reliables – Halloween, The Exorcist, Rosemary’s Baby, Psycho, and of course, Nightmare on Elms Street.

For Nightmare on Elms Street fans, this Halloween is particularly special. Robert Englund, the original Freddy, is back in his most memorable. The actor appeared on ABC’s The Goldbergs Halloween episode. This cameo is particularly exciting because it is Englund’s first appearance as Krueger in fifteen years. And according to the actor, he needed to be convinced to sign on to the guest spot.

Englund explained that he had already said no to The Goldbergs gig. He is particularly protective of Krueger and he didn’t want to tarnish the iconic character. However, Adam Goldberg, the series creator, sent him a letter he just couldn’t refuse:

“I’ve been very protective of the character for years… I said no to (series creator) Adam (Goldberg). And then he sent me probably the most beautiful fan letter I ever received, telling me how much A Nightmare on Elm Street 3: Dream Warriors meant to him. And then I started thinking about my fans, how it dovetails with the 80s experience and this sort of retro memory play that The Goldbergs is about.“

In the same interview to promote his appearance on the show, Englund further revealed that the show might not be the last time he dons the iconic striped shirt. While the details are still unclear, there is a possibility of a Nightmare on Elms Street reboot. He is very much willing to participate in at least one more movie. However, the production of the possible reboot should be able to find a replacement if they want to make eight more features:

In the past, Englund has vehemently told the press that he would no longer reprise his role. He loves the character dearly. It is a character he is most known for. His concern is whether or not he would still be able to give it justice considering his age.

Last year, Englund spoke to Entertainment Weekly to discuss the possibility of him playing Krueger once more. Englund explained that he wouldn’t want to take on the role anymore simply because he is too old:

“I’m too old to do another Freddy now. If I do a fight scene now it’s got to be real minimal because I can’t snap my head for eight different takes and different angles. My spine gets sore. I can still be mean and scary, but I’m mostly relegated now to sort of Van Helsing roles, old doctors and s—. So it’s fun that the last moment of me ever playing Freddy is a wink to the audience.”

As of date, no studio has confirmed the development of a Nightmare on Elms Street reboot.