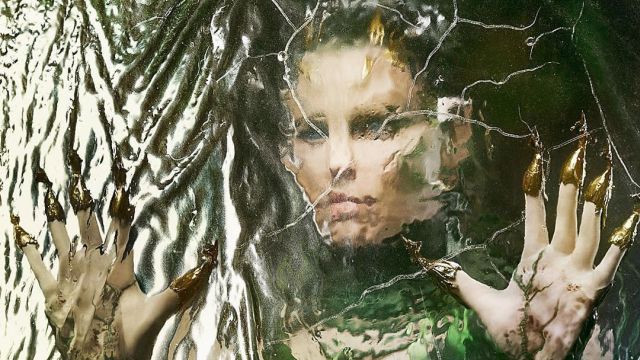 Though it arrives in cinemas in March next year, we still have yet to see a trailer for the upcoming movie reboot of 90s TV favourite Power Rangers. Something that does look to be soon let loose on the world, however, is the film’s villain Rita Repulsa in a new promotional image for the movie.

The official Power Rangers Instagram account first shared the photo. As you can see below, it features actress Elizabeth Banks in character as Rita, apparently trapped behind some kind of glass barrier. However, it looks like it is about to crack…

We can guess that this is the film’s version of a classic scene from the original show’s opening credits. Before the theme music kicked in, Rita would break free of her space prison after 10,000 years and decree that “it’s time to conquer Earth!” We can hope that this fan favourite line will be somehow worked into the movie as a nod to the series – though it would be difficult to use it in a way that wasn’t corny. Have a watch of the moment in question below:

Saban’s Power Rangers follows five ordinary high school kids who must become something extraordinary when they learn that their small town of Angel Grove – and the world – is on the verge of being obliterated by an alien threat. Chosen by destiny, our heroes quickly discover that they are the only ones who can save the planet. But to do so they will have to overcome their real-life issues and band together as the Power Rangers before it is too late.

Power Rangers stars Dacre Montgomery, Becky Gomez, Ludi Lin, Naomi Scott, RJ Cyler as the teenagers with attitude, as well as Elizabeth Banks and Bryan Cranston as Zordon. It is directed by Dean Israelite and will morph into movie theatres on March 24th 2017.