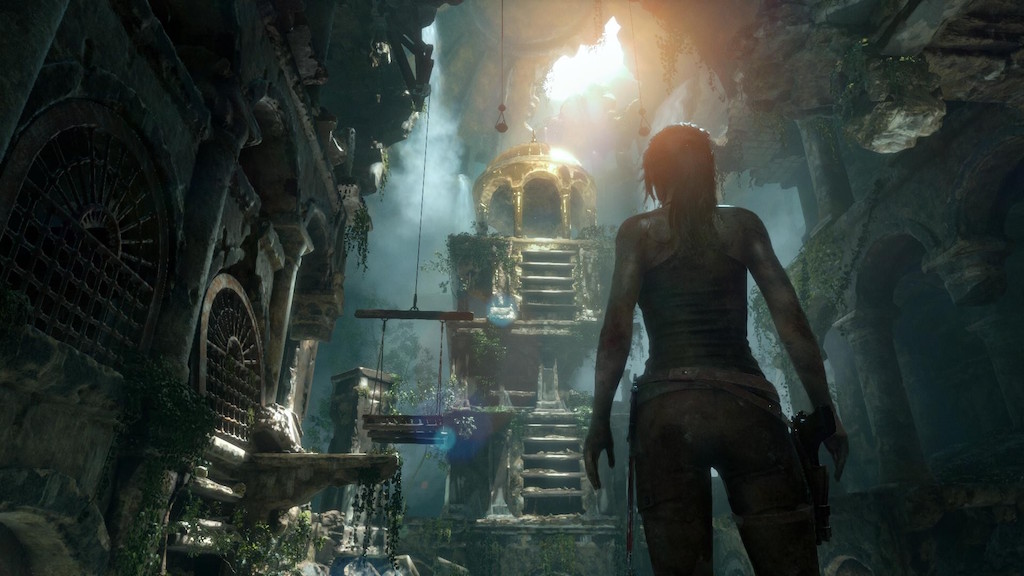 Included will be all previously released DLC, Blood Ties — a new story chapter allowing players to explore Croft Manor, co-op Endurance gameplay, new weapons, outfits, and more. Additionally, Blood Ties comes with PSVR support. Xbox One and PC season pass holders will get all content for free. For PS4 players, a season pass will not be made available, as all content will launch with the release. Those who pre-order will be upgraded to the ‘art book edition’. Pictured below is all of the content included in the new edition. 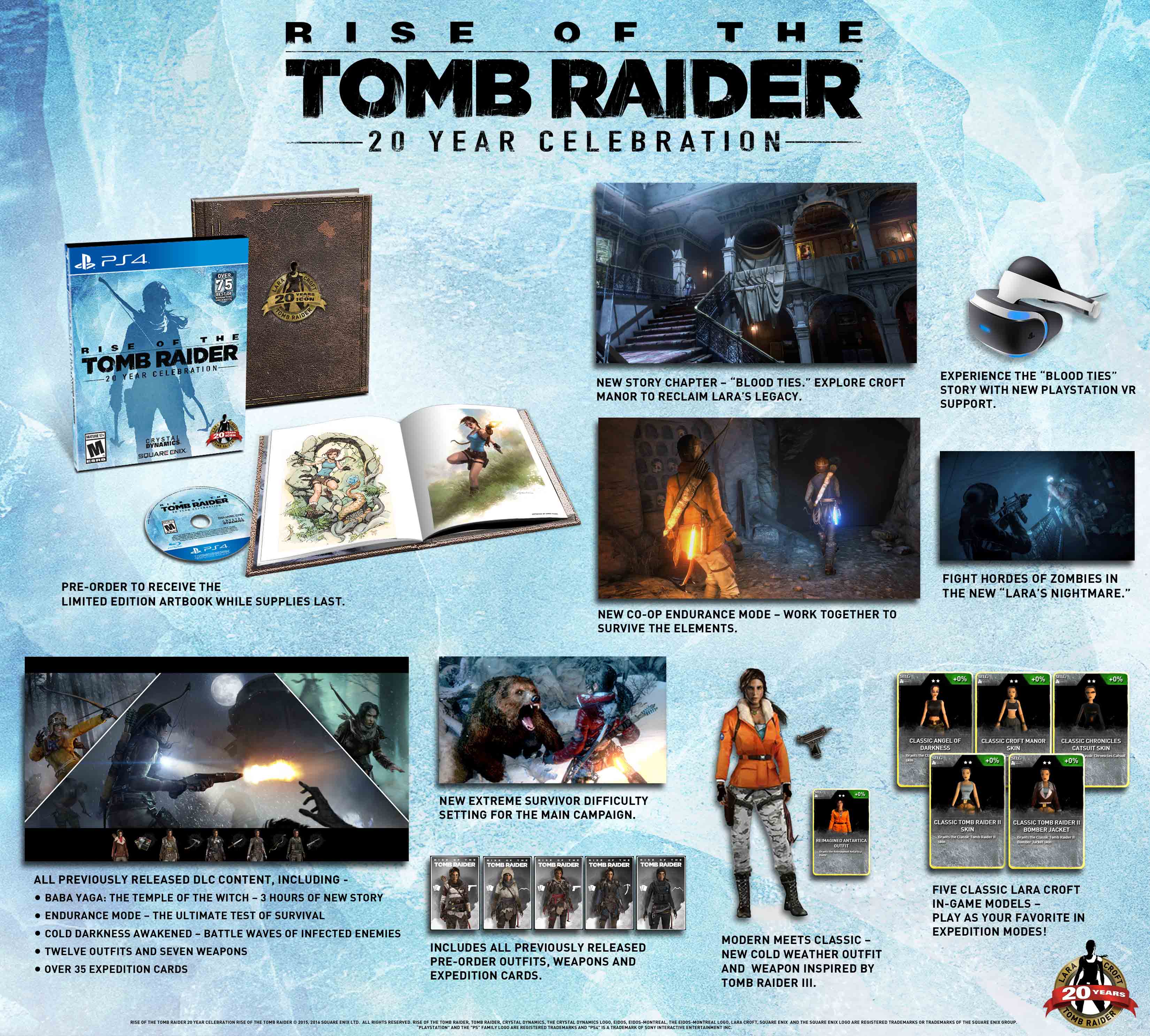 Square’s press release can be read below (via DualShockers):

“Blood Ties,” a new premium DLC, beckons players to explore Croft Manor in a new story mode; then defend it against a zombie invasion in “Lara’s Nightmare”. When Lara’s uncle contests ownership of the Manor, Lara must explore the estate to find proof that she is the rightful heir, or lose her birthright and father’s secrets for good. Players can then test their zombie-killing skills in the replayable “Lara’s Nightmare” mode: a haunted Croft Manor where players have new challenges and must rid the Manor of an evil presence.

“For the first time in a Tomb Raider game, a new online co-op expansion to Endurance mode lets fans raid tombs in a brutal wilderness together. Two players must team up to survive the harsh elements by day, as well as lethal threats from enemies by night. Fire takes fuel, food restores health, and every resource must be hunted, collected, or crafted. Battle to the top of the leaderboards, as others try to beat your longest survival run.”

“Working with long-time partner Nixxes Software, the development team has also created a number of additions that celebrate Tomb Raider releases through the years, including a re-envisioned version of the cold-weather outfit and the Hailstorm pistol that Lara donned in “Tomb Raider III”. A special classic Lara card pack will allow fans to replay the game with five classic Lara models from the games over the years, including the original Lara model that started it all in 1996.”

“At the special request of hardcore fans, the main game becomes even grittier with a brutal new “Extreme Survivor” setting. This new difficulty level takes the toughness of Survivor and ratchets it up several notches starting with all checkpoints being stripped out of the game. The only way to save the game is forage enough resources to light campfires.”

“All previously released DLC will be included, including the three hour story addition Baba Yaga: The Temple of the Witch, Cold Darkness Awakened in which players must combat waves of infected predators, 12 DLC outfits, 7 DLC weapons, over 35 Expedition Cards, and more.”

The announcement of timed Xbox exclusivity, once all of the PR speak had died away, set off many alarms for the PlayStation community. Tomb Raider is a franchise that found its fame on PS consoles, and for those who grew up with Lara, the reality of the Microsoft deal was tough to swallow. The game launches 11 months later on PS4, pre-orders are currently live and the price has been revealed at $59.99. With all of the DLC included, it’s pretty much a steal. However, the real test will come weeks after release. Rise of the Tomb Raider initially launched with positive reviews, but its sales didn’t reflect it, unfortunately. Here’s to hoping the PlayStation Nation supports developer Crystal Dynamics and all their hard work. 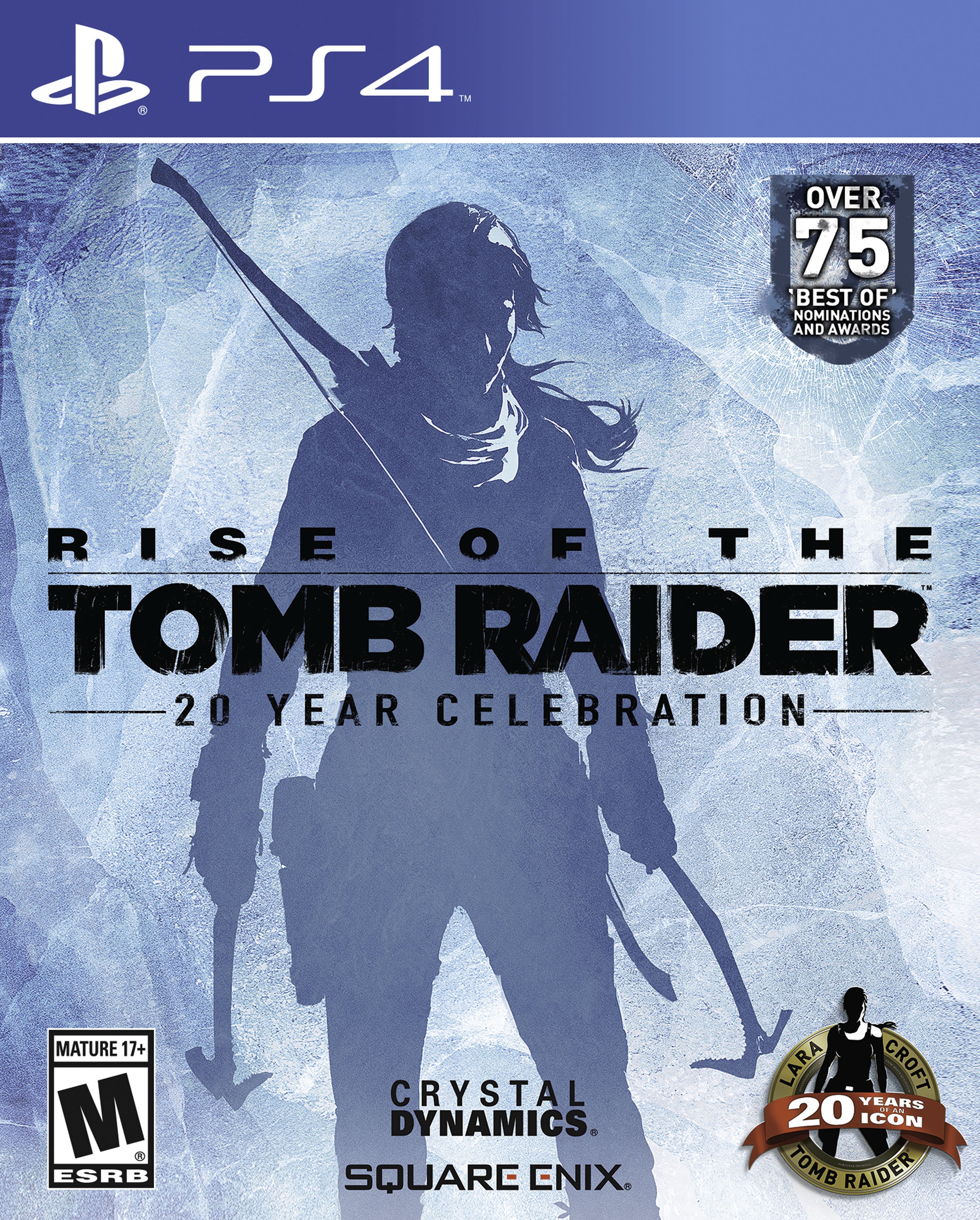 Happy 20th Lara, what an incredible ride it’s been.