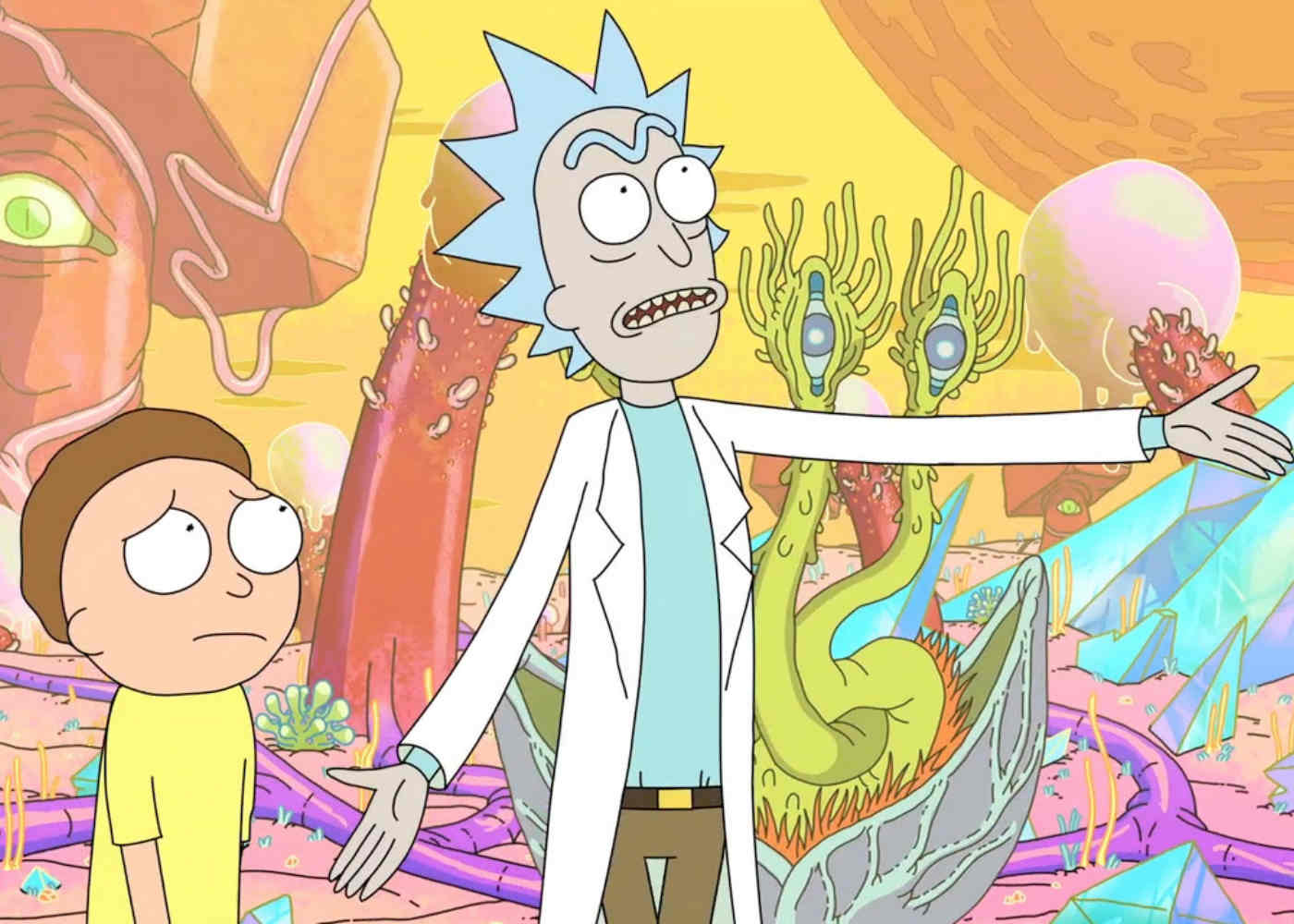 “Welcome to the darkest year of our adventures!” – The Rick and Morty (@rickandmorty) Instagram account has posted a brand new teaser for the forthcoming run of episodes that will debut on Adult Swim from July 30th, and hopefully on Netflix in the UK sometime in the near future.

Dan Harmon (creator of the superb Community) and Justin Roiland’s ultra-smart, super funny animated show has in the past few months elevated from cult word-of-mouth hit to must-see television, so-much-so that in the past couple of weeks he has had to take to Twitter to defend the show’s hiatus.

A hungover thread where I address Rick and Morty devotees because I feel bad for any fan worrying about any show-threatening issue:

After a two year gap, season 3 debuted on April 1st, with an unannounced episode entitled The Rickshank Rickdemption, but then absolutely nothing. The show seemingly vanishing into its own inter-dimensional portal. However, Harmon emerged to reassure fans that the lack of episodes was down to a desire to create ‘quality over quantity’, stating “the reason S3 took long is because it took long to write, because it was S3 of a show that we were scared to make worse than S2 or S1”.

Well now we have our first look at what’s to come for our dribble stained Scientist and his helium voiced grandson, as they undertake more intergalactic mayhem.

The two-minute teaser gives us a glimpse of Pickle Rick, a cyborg-rat emerging from a toilet bowl, the return of the Galactic Federation, some clear indication that there is going to be a Mad Max: Fury Road homage, and Summer taking the show in an even darker direction.

Episode two will be titled Rickmancing the Stone, and will air on Adult Swim from July 30th 2017.