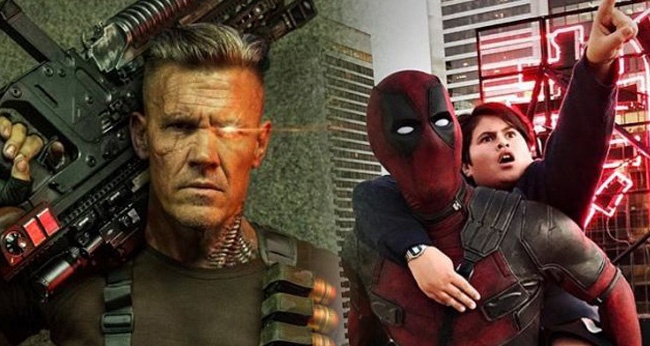 Deadpool 2 is ready to hit theaters in less than two weeks. Fans of the Marvel character undoubtedly can no longer contain their excitement for the upcoming movie. Thankfully, with the premiere date looming, updates surrounding the film have made their way onto the news cycle.

The cast and crew of Deadpool 2 have been mum about spoilers and plot details. However, it hasn’t stopped Deadpool Ryan Reynolds and his new co-star, Josh Brolin, from discussing their relationship off-screen.

In an interview with Entertainment Weekly, the veteran actor revealed one of the reasons he signed onto the movie. According to Brolin, he saw Reynolds on The Proposal and developed a little crush on him. In fact, the Marvel star saw the romantic comedy too many times than he actually cares to admit.

During the interview, the actor admitted that he was a secret fan of Reynold’s film and that he told the Merc with a Mouth about it.

“I told Ryan. I was like, ‘I don’t know why this is, and I don’t know what this means psychologically, behaviorally, emotionally, but I have kind of a crush on you.’”

While Brolin has told his co-star about The Proposal and his little crush, Reynolds isn’t entirely convinced.

“He’s mentioned it many times, which is weird to me because he’s so tough. I would just never imagine that. Like, he pretends he’s, like, all sort of New Age-y sometimes and all this stuff, but deep down inside I just think his heart is made of some, like, jagged chunk of Yosemite granite. I don’t buy that underneath all this textured skin is a sweet little angel that loves romantic comedies. I don’t buy it. Not for a second.”

Aside from off-screen stories, the co-stars also revealed details about how they prepared for their physically demanding roles. Brolin explained that signing onto the movie was his mid-life crisis. He decided that instead of spending his money on things, he would just get fit.

“What I should have done was just f—ing blow myself up with steroids and then just eat ice cream and watch TV. That’s kind of what I wish I would have done. But I didn’t. I had this great midlife-crisis idea. Buy a Ferrari? No, I’ll get into shape. And it was just a dumb decision. I worked out three hours a day, and I was off sugar. I’m very happy with the outcome.”

Reynolds, undoubtedly, is in awe of the feats his much older co-star has achieved. According to the actor, they didn’t train together – not even once. However, they did bond over how sore they got after their rigorous training:

“I don’t know how he did it. We didn’t train together, not even once. We talked a lot about, like, how they shouldn’t just dispense [arthritis drug] Celebrex in pill bottles: It should come in smoothies and sprays — you could have one that’s sort of like a skin toner that you just fire on your face.”