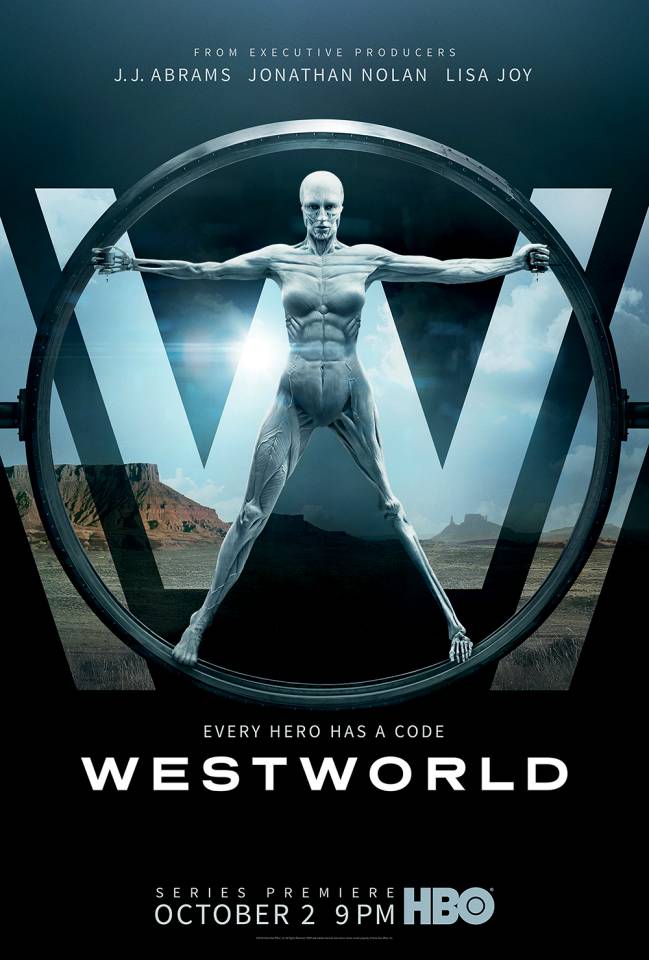 Westworld – a high tech amusement park where people go to act out a fantasy life set in the days of the Old West. It’s also a proving ground for humanity’s best … and worst natures to come out.

It’s frightening to see how people act when there are no checks to their behaviour. Which, of course, is what Westworld is trying to show us. Humanity has a side that requires very little to push it over into the dark. An amusement park filled with artificial androids (hosts) who simply exist to please the arrival of the “newcomers,” their way of rationalizing the arrival of guests to the park in accordance with their programming.

These hosts are used, re-used, their memories erased and they are reset for the next time the guests need them. But fragments of memories remain, deep within their operating systems that create different behaviours and unpredictable results. 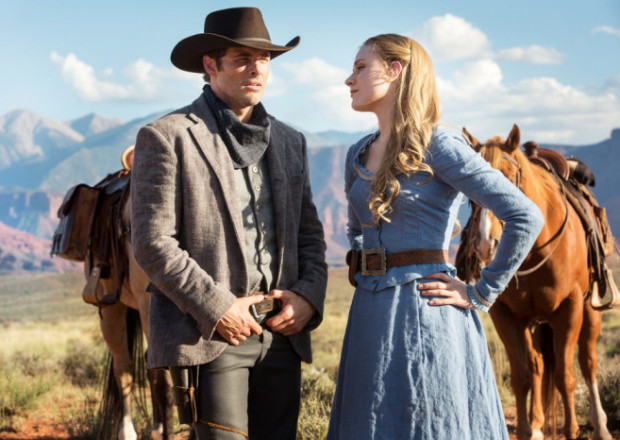 If you are a hardcore sci-fi buff, then you’ll more than likely know that this is a remake of the 1973 feature film created and directed by Michael Crichton. Then, the premise was relatively simple: the guests arrive and the androids malfunction, attacking and killing the guests.

GeekFeed was fortunate to get a preview of this thoroughly entertaining series that is light years away in sophistication from its forerunner. In this remake, the premise is far from that simplistic storyine. There are many different levels of appreciating this incredibly realistic series. The first is a simple departure from the actual world and entry into a virtual one where guests can enjoy all sorts of imagined pleasures. This is where we learn about humanity’s different aspects.

The second level is one where there is a drama of competing corporate agendas. Westworld has many different investors with different stakes and motivations. It is this side of the series that forces the viewer to remember that this is an artificially generated world, created for a material purpose. Then, there is the mysterious presence of a Man in Black – a stereotypical Western villain played impeccably by Ed Harris. His performance is truly an enigma and we are mesmerized as we try to ascertain his purpose.

It’s the performances that really stand out in this series. The talent vacillates between legendary and virtuoso. Anthony Hopkins, Evan Rachel Wood, James Marsden and Jeffrey Wright head up a cast of immense quality and talent. This is a casting director’s delight. Westworld has a true assortment of delectable actors, who all contribute to the required level of verisimilitude to make us believe they are either artificial lifeforms – or the creators of these artificial lifeforms. 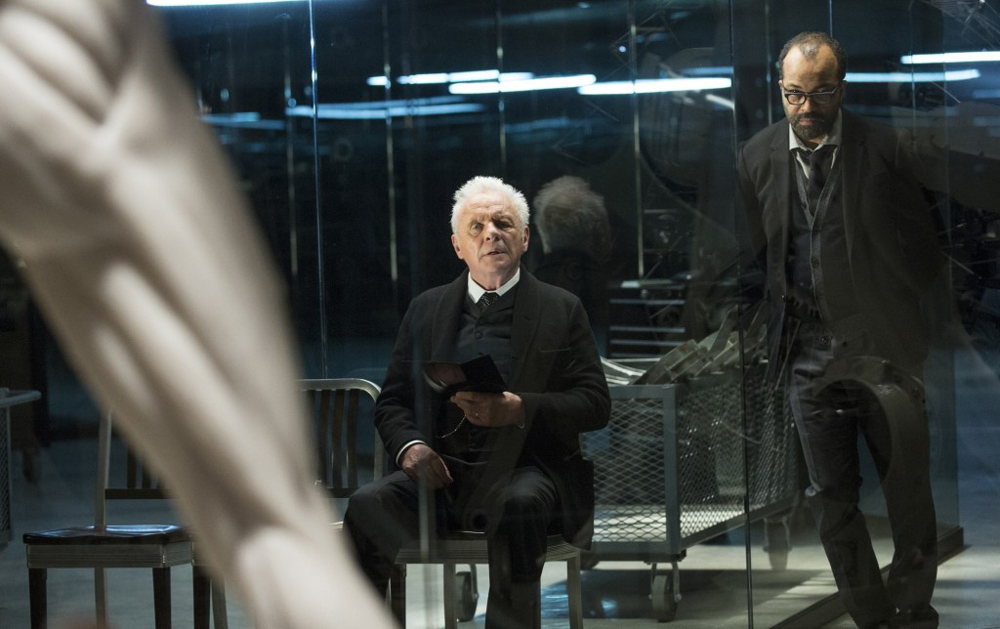 Viewers are forced to ask themselves: “What is real?” But a more apt question is: “What is life?” This is a series that explores the extent of the human experience while also examining our own hubris. It is dynamically authentic in its execution, but provocative and filled with anticipation in what it promises.

This is a show that cannot be ignored – just like the compulsion of our own nature.

Westworld premieres on HBO on October 2 and it promises not to disappoint.

A series about a hi-tech amusement park where artificial life and humanity interact, leaving each other with something not predicted.