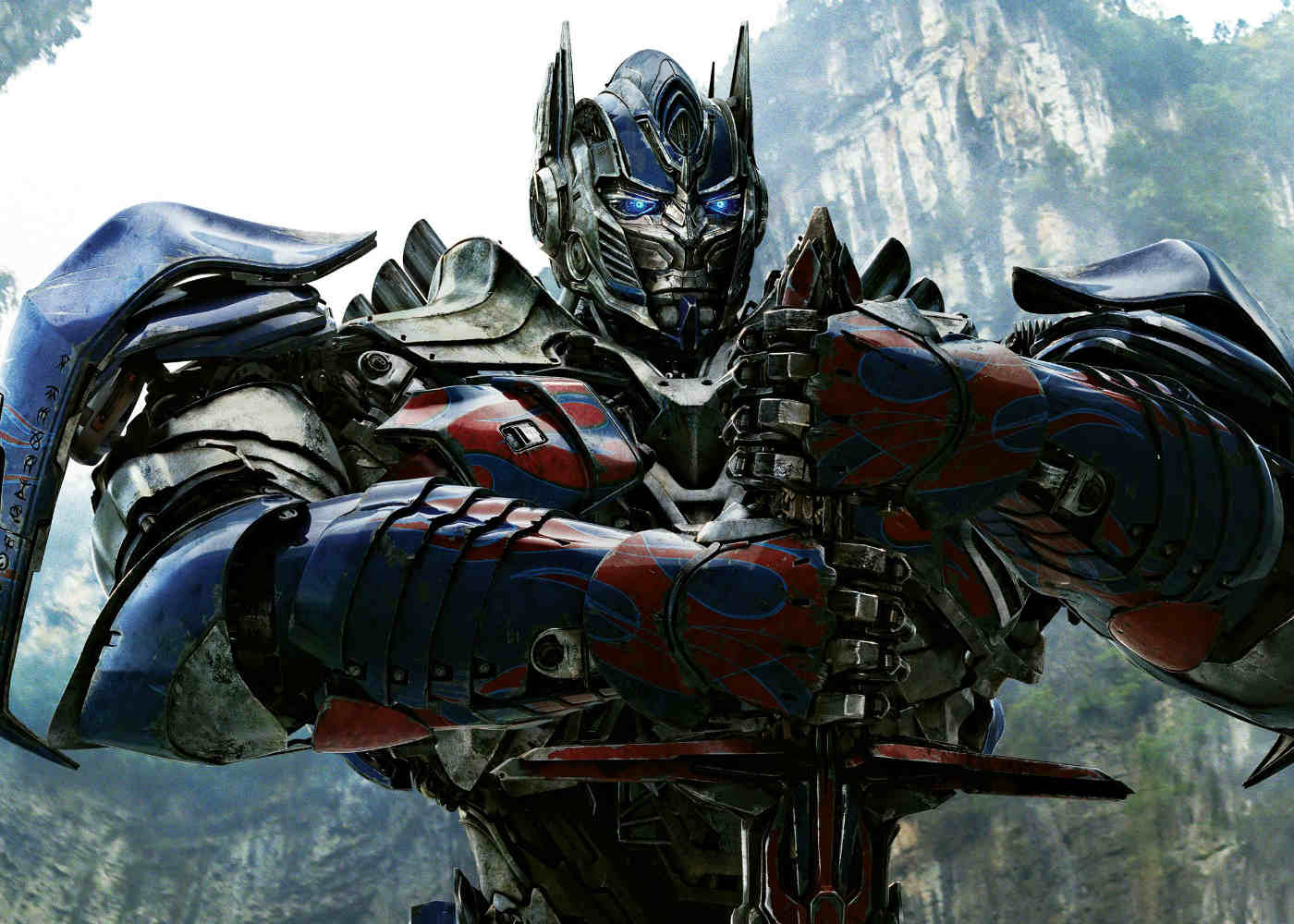 Transformers launched back in 2007 to a franchise high Rotten Tomatoes score, with its stunning special effects, and nostalgic wish fulfilment for anyone who’d whiled away their long childhood hours changing Optimus Prime into his vehicular form and back again. That first installment is notable for the prominence of Steven Spielberg on the promotional trail, a presence that has diminished as the series has careered out of control, possibly lacking his input when it comes to the non-metallic elements of the script.

The fan base has ensured that despite the shortcomings of the subsequent sequels, the sound of tills ringing drowned out the loud clunking ‘direlogue’ that was shouted out in Dolby Surround by any number of interchangeable characters. The franchise has grossed over $4b worldwide, so what does it matter if the movies are as loud and dumb as a bag of spanners? It matters to an audience that embraced the first movie for its spectacle and sense of fun, and if you dismiss that outright based on the sequels, then maybe your senses have been battered into submission.

The Last Knight is reportedly Michael Bay’s final dip into the Hasbro toybox, so can he bookend this bloated franchise with another entertaining blockbuster, or is it time he was told to put everything away and let someone else have a play?

Picking up the threads of Age of Extinction, we’re riding with Cade Yeager (Mark Wahlberg), who is now a rogue Transformers saviour who travels the war town areas trying to patch up broken Autobots at his car-yard hideout. Hot on his heels are a newly formed government anti-Transformers unit, led by Josh Duhamel’s returning Colonel Lennox, and a group of familiar looking Decepticons who are being used by the military in order to flush Yeager out. The McGuffin they’re all after is Merlin’s staff, which will bring power to those who yield it, and unlock the history of the Transformers. With Optimus Prime missing, and mysterious monoliths appearing all over Earth, a human vs robot war will decide the destiny of the planet.

Being the fifth rotation of the Transformers wheel, you know exactly what to expect from a director who revels in the mantra of not making films for critics. Rest assured, the criticism will follow, but for now it’s worth putting aside cynicism and looking under the hood for the positives, and there are quite a few in a film that’s arguably the most enjoyable and cohesive since the first.

A large chunk of what’s great revolves around the action, which regardless of any aversion you might have towards Michael Bay, is always spectacularly rendered. In The Last Knight he dials back a lot of the bot-bashing super-edits in favour of a well orchestrated medieval prologue, a visually energetic London based car-chase, and a really impressive small-town, wild-west style showdown. There are still a lot of moving parts flying around the screen; it just all feels a little less chaotic.

Aiding the movie in its mission for narrative clarity is The Last Knight’s real Knight, and MVP, Sir Anthony Hopkins, who at first gives the impression that he’s simply on-board to cash a cheque, and spout Westworld style exposition to help you understand the plot using voiceover, that is until he throws himself into the role with a gusto befitting of a West End residency. Where else are you going to get moments of incredulous joy like Hopkins flipping the bird during a vehicle hopping chase, or in the films closest moment of unintentional social commentary, the British Prime Minister being told to shut up. It’s an oft-used phrase, but he really is worth the ticket price alone.

Running parallel with the infectious enthusiasm of Hopkins, the Transformers franchise hasn’t felt this fun during any of the sequels. There are a few decent gags, in particular one involving a Star Wars robot comparison, and another in which Cogman, the robo-butler, gets a doozy of a scene in which he creates a meta soundtrack to the ridiculous events being discussed around a round table.

You’ll also find plenty of fun in this being the movie which finally solves the mystery behind Stonehenge. It’s utter nonsense, but the franchise seems to have elevated to a Fast and the Furious level of stupidity, and it almost gets away with it.

Now Mr. Bay, back to that criticism. For even though The Last Knight is an improvement on recent instalments, it’s still as rooted in the dark ages as a prologue title which cannot even be bothered to provide a geographical time stamp beyond “England – The Dark Ages”.

We know that the target demographic for this series is teenage boys, which means explosions and fast cars, but that also means you have a responsibility to educate them in the right way, and in the film’s depiction of the ultra-talented Laura Haddock and her Oxford Professor, Valerie Wembley, we find The Last Knight’s biggest crime.

A lip-gloss smacked historian who cannot navigate cobbles in high heels or park a car, and who during a moment in which she is about to address Mark Wahlberg’s Cade Yeager, is told “You, English lady, shut it”. And the worst thing about it is she does that. Additionally there’s a scene in which this highly educated woman loses her faculties because Wahlberg is lifting up his shirt, and another in which she has gone through exactly the same action-packed, death defying sequence of events as her male counterpart, only to offer him a sincere compliment of “you’re so brave”. It’s so regressive, as if Wonder Woman doesn’t exist in this world, and that’s not a place worth spending time in.

The Last Knight is also a film in which stuff just happens. Bay has no grasp on how to let a film breathe, and the moments in which he attempts to do so, largely between Wahlberg and sparky newcomer, Isabela Moner, are a couple of heavy handed lines of dialogue about their losses, which are supposed to signal to the audience that they have an emotional connection which the film hasn’t earned. So despite being delivered nicely by the easy-to-root for Wahlberg and his young co-star, they just fall flat.

There’s no suspense, no real tension, characters are given very little introduction beyond simply showing up on-screen and playing out their archetype. There appears to be no desire on the filmmakers part to evolve the franchise beyond its tried and tested Transformula.

The character of Bumblebee, who is afforded the film’s most triumphant moment, and will soon find himself the subject of a standalone spin-off movie, is perhaps the best metaphor for Transformers: The Last Knight. Shiny, fun, irreparably broken, and spouting dated hit and miss soundbites. Time to hand over the keys to a new driver.